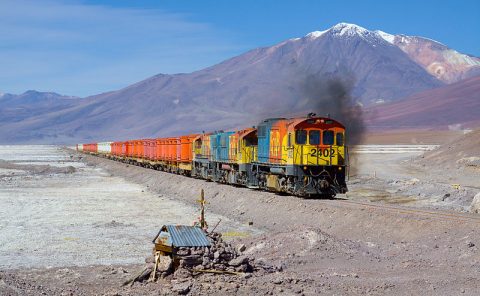 A new railway line will be constructed between the South American countries of Peru and Bolovia. The main aim is to provide Bolivian exporters with access to the Peruvian Port of Ilo, as an alternative to the Chilean Port of Arica.

The railway track will be built in Desaguadero, a town shared by both countries in the Andes. Through Bolivia, the Peruvian Atlantic ports are connected with the Atlantic ports of Argentina and Brazil. It is the most expensive international railway construction project in South America and it faces several obstacles, such as the rain forest in the Amazon area and the Andean mountain range, which has an average altitude of 4,000 metres.

Bolivia and Peru will commence with the construction of the railway network, ahead of  negotiations with Argentina and Brazil regarding their respective sections of the corridor. The project is sponsored by Swiss and Austrian investors, due to their experience in developing railway tracks in mountainous areas.

The project was initially designed by the Brazilian civil work company Odebrecht, but it was paused after corruption practices in several countries came to the fore, such as in Colombia, Mexico, Panama, Guatemala, Dominican Republic, Argentina, Venezuela and Ecuador.