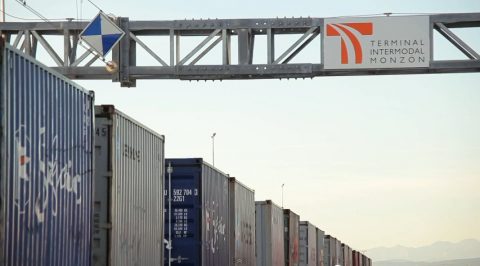 Spanish industrial group Samca has launched a rail freight service transporting grain between the northern region of Aragon and Tarragona Port in Catalonia.

Samca, whose activities include mining, agriculture, energy, plastics, textiles and construction, manages the Monzon rail freight station Aragon. The service from Tarragona will carry grain destined for the animal feed factories of Mazana in Aragon.

The service will load 700 tonnes of grain in 13 wagons, and the initial objective will be to reach 50,000 tonnes in the first year. It is the start of a broader project called AgroTim which aims to upgrade Monzon freight station to make it a specialist in the agricultural industry.

Samca will invest 4.5 million Euros on developing new installations, with work starting later this year.The updated station could manage between 200,000 and 300,000 tonnes of grain. The station opened in 2011 and it has managed 600 trains and 400,000 tonnes per year, according to Samca´s data.

Tarragona Port Authority is very interested in this project because it would be extended to the region of Navarre, next to Aragon. The southwestern area of this region and the north of Aragon manufacture 40 per cent of Spain’s animal feed production, and supply the pig farms in Aragon, Navarre and Catalonia. This feed mills network buys one million tonnes of grain for the feed mills yearly, not only via the Tarragona port but also from France.

Following completion of this project, Samca wants to modernise the Selgua station, also in Aragon, to connect Monzon with Lleida, in Catalonia, one of the Spanish key areas for the agricultural, cattle and pig industries.