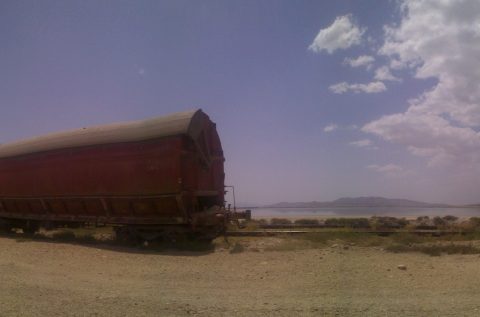 The El Qantas rail tunnel in Algeria, which will be key to the country’s rail freight economy, is due to be completed in December 2018, says the Algerian Government. The 7.3 kilometre tunnel will be the longest one in northern Africa and improve rail connections between Algiers, the capital, and Oran, the country’s most important western city.

The main economic Algerian axis is contained between these coastal cities, and the tunnel will cut freight train journey times by half. The project is being jointly developed by the Algerian Railway Company (ANESRIF) and the China Railway Construction Company (CRCC). The infrastructure has two tunnels, each one for one-way rail track. Each tunnel will be seven metres wide.

The civil works started in 2011 and the infrastructure is located in the province of Ain Defla, 100 kilometres west of Alger. This infrastructure is part of the Government’s strategic development plan, launched by President Bouteflika to calm the social demonstrations seen in 2011, which werer triggered by poverty and high prices.

These protests took place in the background of the revolutions known as Arab Spring (2010-12), and were born in North African countries such as Algeria and Tunisia. The Algerian Government stabilised the social protests after applying several democratic reforms and social rules, as it tried to avoid a civil war similar to the one between Islamists and supporters of National Liberation Front (FNL) from 1991-2002.