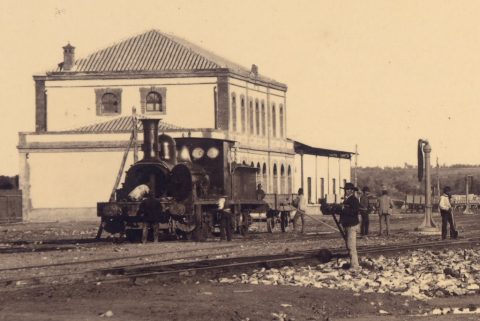 A big march has taken part in Madrid to demand better freight and passenger train connections in the Spain-Portugal border region of Extremadura. Organisers claim that around 40,000 people took part in the protest, while the Spanish government says the figure was closer to 8,000.

The demonstrators were members of a broad group of associations and political parties who wanted to express their dislike about safety and service problems in the train connections. Extremadura is a western Spanish region on the frontier with Portugal. The region receives many EU funds due to its isolation, poverty and lack of population and has similar proportions to The Netherlands, spanning some 41,000 square kilometres but with just a million inhabitants.

The Spanish Government wants to develop modern freight and passenger services between Spain and Portugal, crossing Extremadura, in the coming years. However, the regional government is not convinced after several decades of delays for many civil works, and so it decided to create a civil platform to ask for investments.

Extremadura’s rail network is not electrified and a great part of its rail tracks has not been renewed since the 1800s. The passenger trains have had an average speed of only 40 kilometres per hour and there are no freight trains to Madrid or Portugal. This is despite the region being a leading agricultural producer close to the Portuguese Sines Port. Iñigo de la Serna, the Spanish Minister of Development, has acknowledged the concerns and asked for patience during the development of the corridor between Madrid and Lisbon, which will cross this region.