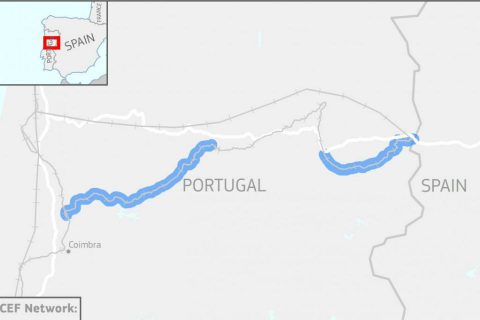 The completion of the railway line connecting Sines in Portugal and Caia in Spain will reduce Portuguese rail freight costs by 30 per cent. This is the prediction of the Portuguese minister of Development, Pedro Marques, who made the statement at a press conference in Lisbon on the 20th of September.

The thirty per cent reduction will increase rail freight traffic and encourage the development of several logistics areas along the track. One of these specialised areas will be in the city of Pampilhosa, located in the state of Aveiro, the minister promised.

The connection between Sines and Caia is part of the Aveiro-Salamanca-Medina del Campo section of the Atlantic Corridor. The Portuguese government plans to invest 700 million Euros to complete the northern line. Several civil works are currently carried out towards this end, such as connecting the railway lines of Beira Baixa and Beira Alta. The Beira Alta line connects Portugal with the Spanish railway network.

The updated infrastructure will enable the movement of 750-meters freight trains on the corridor. Also, it will connect important Portuguese ports, such as Leixoes and Sines, to the Spanish market meeting a main requirement of the Portuguese ports.