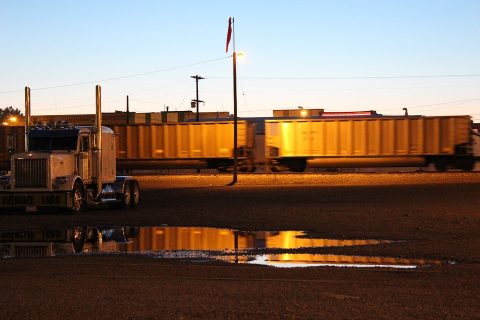 Uzbekistan Railways reduces access charges with 40 per cent for Tajikistan

Uzbekistan reduced its rail access charges with 40 per cent for transport to and from neighbouring Tajikistan. This was announced last week by Uzbekistan Railways and reported by several media outlets. The discount is meant to make rail freight more competitive.

“We have very warm, trusting relations with our colleagues from Tajikistan. We regularly hold bilateral meetings, which allows us to cooperate on issues related to the transport of freight”, Davron Dekhkanov, Vice Chairman of Uzbekistan Railways was reported as saying.

There has been an increase in freight transportation volumes to or from Uzbekistan. In the first nine months of 2016, the total volume of freight transport reached 50,5 million tonnes, an average of 184,5 thousand tons per day. Especially export of goods witnessed an increase. In first nine months of 2016 export valued over 234,2 million Euros, a 5,2 per cent increase compared to the same period in 2015.

“After observing these cargo flows, the company Uzbekistan Railways decided to significantly reduce tariffs for its Tajik counterparts. An agreement was reached on granting a discount for the transportation of goods”, said Dekhkanov.

The Vice Chairman further declared that the company has no plans to invest in additional railway connections with Tajikistan. “All rail freight currently passes through the Kudukli border in Surkhandarya. There are no delays, so there is no need for the construction of new lines. A new line would only mean a redistribution of volumes and would not bring any additional economic benefit to the country”, Dekhanov was quoted as saying.

Both Uzbekistan and Tajikistan are part of the Ashgabat agreement, a multimodal transport agreement also including Oman, Iran, Turkmenistan, Kazakhstan and Pakistan. The main aim of this agreement is to enhance connectivity within the Eurasian region and link with other important transport corridors in the region.