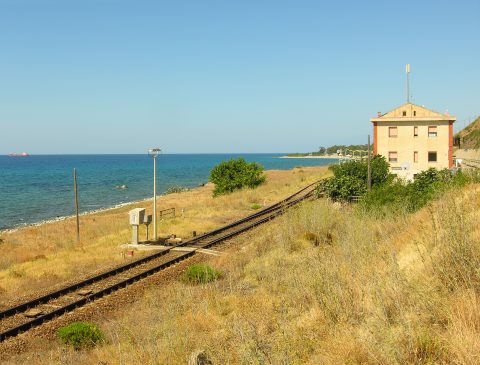 Italian right and far-right parties at the European Parliament are voicing their concerns regarding the EU’s TEN-T network proposal in the country. In total, 198 amendments were presented with the aim of boosting the role of the south of Italy in the network.

The amendments were submitted by members of two parliamentary groups: Identity and Democracy (151 amendments) and the European Popular Party (47 amendments), both tied to Italian right-wing parties. The previous proposal was submitted by the previous Italian Ministry of Infrastructure and Sustainable Mobility. The new ruling coalition, however, decided to largely amend it because it was deemed too north-centric.

A bigger role for Sicily and the Italian south

The amendments focus on two different areas of the Italian south. The current proposal would exclude important routes and hubs in southern Sicily. The island can in fact count on 15 ports in its southern provinces. More specifically, they are asking for a railway network connecting Caltanissetta, in the centre of the island, with the various ports on the southern coast. This can be done, according to Identity and Democracy, by closing the southeastern rail ring from Caltanissetta to Pozzallo.

European Popular Party, on the other hand, claims that more attention should be given to the rail infrastructure in the southern regions on the Italian mainland. One of the 47 amendments, for example, entails the strengthening of the railway section connecting Bari, Brindisi, and Lecce, in the Apulia region. With this proposal, the party wants to give more importance to the ports in Brindisi and Bari, considered key connections to the Balcans.

To this end, the line between Bologna and Foggia along the Adriatic coast should be reinforced, reads another amendment. Moreover, the rail section between Salerno, in Campania, and Praia a Mare, in Calabria should be strengthened. This line is deemed important for the connections of TEN-T Scan-Med corridor with the Italian southwest.

1 comment op “Italy: 198 amendments to the TEN-T network proposal to involve the south”

So far, however, for Commission, quantity seems what matters, regrettably thus “cementing”, at standards, optimal when steam was shifted out.
Soon it is 2023 and otherwise, shifts, upgrading, etc. is the new normal!
(All other modes, add load capacity, for lower costs, etc…)
Not sustainably, it is, that:
“tara”, systems forces, despite tracks’ frequently, awarded “optimal maintenance”…, the dynamic extra, still remains at 80%…
(Pay load pays!)
“Weight wise” is Edge of railways!