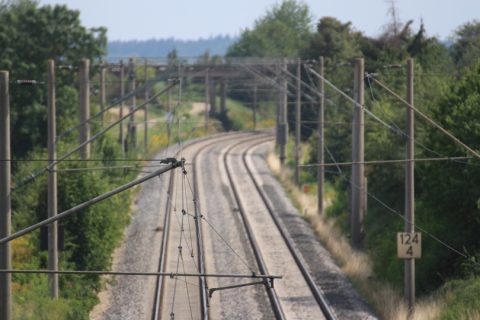 The continuously rising energy costs seem to impact even the biggest industry players. Maersk has decided to introduce a fuel surcharge for rail, combined and intermodal transport services in several European countries. The surcharge will be implemented from 1 December onwards, given that the situation does not improve.

Belgium, the Netherlands, Luxemburg, Germany, Austria, Switzerland, Liechtenstein and Poland are all on the list of countries where Maersk will implement a fuel surcharge for rail services. The surcharge rates are the same in all countries apart from Poland, where Combined Transport will get the heaviest toll.

Up to 20 per cent price increase

As mentioned above, the measures will be effective in all countries starting from 1 December 2022. They will affect long-haul rail services, intermodal rail and combined transport. In Germany, the Netherlands, Luxemburg, Germany, Austria, Switzerland and Liechtenstein, rail and combined intermodal transport services will receive an increase of 16 per cent over each country’s standard inland transport tariff. Understandably, the final costs will differ in each country.

In Poland, rail transport costs will increase by 10 per cent, a smaller percentage than in other states. Yet, combined and intermodal transport in the Central European country will be the heaviest impacted, with a 20 per cent increase over the standard inland transport tariff.

Maersk is not the first company to adopt such a measure. Lineas from Belgium did it last March, while METRANS has been implementing first-traction surcharges for railway and a fuel surcharge for combined rail/road transport since February. With the energy crisis gradually escalating, it is understandable that more companies will resort to similar actions.

This is also the main argument of several railway associations pressuring the EU Commission to implement rail-friendly legislation through its emergency market intervention mechanism concerning the energy crisis. With companies surcharging their customers to keep providing efficient and profitable services, rail and the combined and intermodal transport sectors lose more than they can gain.

As a result, fears for a reverse modal shift and a loss of customers due to extra costs gradually become realistic. Especially with combined transport, UIRR has stressed since September that the industry will be one of the most impacted if sufficient and alleviating cost measures do not apply. It seems that the current situation proves their estimations correct.