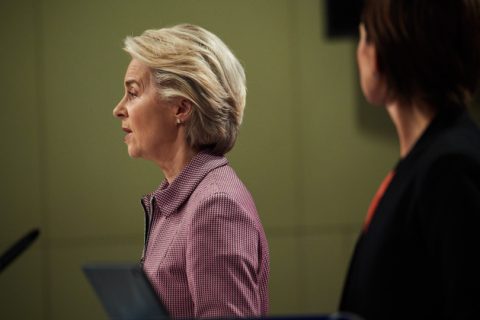 After public requests, the European railway sector directly requested Brussels to take action against the electricity and energy crisis. With an open letter to the president of the EU Commission, Ursula von der Leyen, CER called for “further extraordinary measures to safeguard rail as the backbone of sustainable mobility and transport in the EU.” The letter was accompanied by a survey showcasing the dramatic effect electricity prices have on rail freight, with costs increasing even more next year.

Unfortunately, the situation with electricity pricing does not seem to improve. In contrast, prices have tripled compared to 2021 and are galloping towards new records. CER had already called the Commission to act against the high costs, and so did other associations like ERFA and UIRR. Yet, with no palpable measures in place yet, CER decided to address von der Leyen with some concrete proposals that are not so difficult to realise.

In a survey among its members, CER found some discouraging facts. According to the association, “European railway companies are paying up to 420 euros per MWh in 2022”. Moreover, the average electricity prices have tripled the least compared to 2021, while in many cases, a worrying ten-fold increase was observed. This is not the end, though, since many companies will have to renegotiate their contracts for 2023, with pricing forecasts exceeding 500 euros per MWh in some cases.

If we take into consideration that 80 per cent of train kilometres in most European countries take place on electrified lines, then it becomes apparent that rail, allegedly the greenest transport mode, is one of the most heavily impacted business sectors during this crisis.

The letter to the president of the EU Commission highlighted four measures that the institution should implement directly to alleviate the situation. CER stressed that its critical to address the following: rail should benefit directly from the surplus revenues deriving from the EU’s emergency energy market intervention plan. Reducing, waiving or deferring the prices for track access charges should get back on the discussion table of Member States as a supportive measure.

Additionally, CER claimed that rail should have special treatment and be included in an “energy-saving toolkit” in the context of the emergency intervention scheme that foresees reducing electricity consumption at certain times during the day. Finally, the EU should prepare sufficient state aid schemes for rail to cover financial losses of up to 2 billion euros.

On his behalf, CER’s head Alberto Mazzolla called on the Commission to “assist the sector with concrete and necessary measures” since it seems there is no more time to waste.

For railways – and clients…, current standards, of electrification, is root of Problem!
Resilency, redundancy and robustness…, now handsomely are rewarded, by willingly paying clients – and Industry, devastatingly, is short of all…
(Electrification, yes, but a now optimal!)
With all respect: Industry, now should urge upon Commission, but for the needed shift – to a New Old Railway!
(Other, existing… – now proving “backbone” – and “sustainable”… , upgrade, for lower costs…)