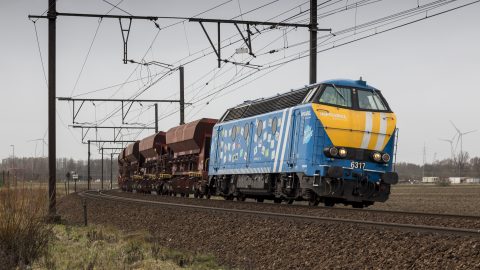 Rail investments in Belgium: Infrabel is grateful but not satisfied

Earlier this week, the Belgian government announced that it would allocate 250 million euros in the current budget for rail-related projects. In addition, a spokesperson from Infrabel told RailFreight.com that 200 million euros extra will be distributed by the government over the next two years. However, Infrabel, the Belgian infrastructure manager, claims that the money might not be enough to reach the goals set by the government.

The Infrabel spokesperson said that the company is “grateful for the government’s extra resources, but considering that these extra resources are less than we expected, we will review our plans for the future and adapt them to this new budget”. One of the possible outcomes is that Infrabel may decide to close parts of its lines if the government does not meet its demands.

When it comes to the 250 million euros, the biggest slice of the pie, specifically 181 million euros, will be dedicated to rail freight. On the other hand, it is not quite clear yet how the additional 200 million euros will be divided between Infrabel and SNCB, as the spokesperson stated. Infrabel is therefore now waiting for further developments to better assess the future of Belgian rail freight.

Infrabel and operator SNCB had forecast a need of around 3.4 billion euros for the next ten years. This estimate was made before the steep jump in energy prices. Georges Gilkinet, the Belgian ministry of mobility, had banked on 4 billion euros, but the end result was ‘only’ 3 billion. Furthermore, Infrabel will have to apply for a loan at the European Investment Bank as only 2 billion euros will actually come out of the budget.

1 comment op “Rail investments in Belgium: Infrabel is grateful but not satisfied”

Hm…, quantity – is good, but quality urgently is needed!
“State of the art standards”, regrettably is “cementing”. At transports quality (low risk) matters, more than ever!
Now core niche of railway clients do not afford luxury of not caring about “eta”, accordingly neither majority, those due for luring away from the automobile – by fresh money – from taxpayers…
Current dysfunctional supply chains has revealed, that the “Old Railway” is due for a shift – as at electrification…