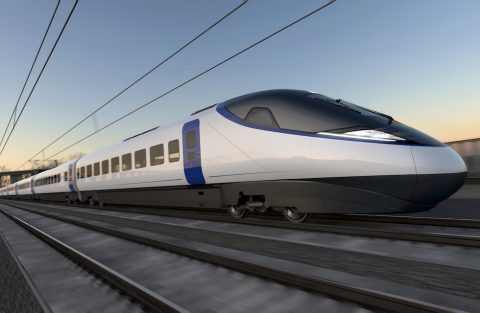 Industry at large is in condemnation of HS2 Golborne Link cancellation

It slipped out with little fanfare on a day that might be designated as ‘a good one for bad news’. The government quietly cancelled the Golborne Link – a short section of the HS2 project that would have connected the high speed route with the existing West Coast Main Line.

The seemingly inconsequential cancellation of an ‘add-on’ for HS2— hardly on the scale of the eastern leg to Sheffield and Leeds – has proved anything but inconsequential. The news has been met with a storm of protest. Even those for whom cancellation means their homes will not be demolished have called it a Pyrrhic victory, paid for in ten years of stress and disrupted lives.

The Golborne Link, which was expected to be the most controversial and contested part of the HS2 project, would have branched off the HS2 Manchester chord near Knutsford, in Cheshire, to rejoin the West Coast Main Line (WCML) near Golborne, just south of Wigan. Construction was due to start in the early 2030s and it was due to open in the late 2030s or early 2040s as part of the second stage of HS2 services to Scotland.

However, with the pivot away from the emphasis on the high speed nature of the project, and the redefining of HS2 as a capacity enhancement for the century, the axing of a direct link to the WCML has been greeted with unalloyed rage. The link has left the rail industry, and business interests generally, fuming over the abandonment. It has been pointed out that the link was only a few months ago a keystone of the HS2 project, and part of the Integrated Rail Plan, a document heralded as a new dawn for rail connectivity and crucial to the government’s ‘levelling up’ economic agenda.

A concerted response from the railway industry’s highest-profile representative bodies has condemned the move. Speaking together, the Rail Freight Group, the Railway Industry Association, and the High Speed Rail Group (representing a broader spectrum of stakeholders) have issued a joint statement, condemning yet another u-turn from the government in London. They say that six months ago, the Golborne Link was included in the Integrated Rail Plan, as well as the HS2 Phase 2b Bill. “The Link has been provided for in the budget for HS2 and is needed to allow adequate capacity on the national rail network to fulfil its vital function of handling the nation’s longer distance movements of both passengers and freight”, said their statement.

In pure budget terms, the three billion pound (3.5 billion euro) price tag for the Link represents about three per cent of the total HS2 cost – at present estimates. There is obvious concern that the cancellation is motivated solely by a growing deficit in the UK treasury. “Without this connection, a bottleneck will be created north of Crewe on the West Coast Main Line, which in turn will negatively impact outcomes for decarbonisation and levelling up”, said the joint industry statement.

Scotland and Carlisle left in doubt

It is without surprise that Scottish interests are left feeling cynically betrayed. Operationally, services to Central Scotland may well still have to use the WCML, to the potential curtailment of freight growth on that route. West Coast traffic is a central part of Scottish government planning for rail freight and economic growth. Just over the border, plans were in hand for HS2 trains to run – via the link – to Carlisle, a few miles on the English side. Ambitions for regenerating that city hinge on a massive development of the main station in order to serve HS2 trains to Glasgow and Edinburgh. There is concern for the future of those plans. “Such an important, strategic question of how HS2 services connect into Scotland cannot be left open or uncertain”, said the joint rail industry statement.

The only whisper of approval has been in Cheshire, the moderately well-off county through which the Golborne Link would have traversed. Business and home owners, who have faced years of uncertainty, and even have already had their premises and homes compulsorily purchased to facilitate the project, have been breaching sighs of relief. There has been little in the way of celebration.

Mentioning a third document which takes cognisance of the Golborne Link, government sources have defended the move. “Ahead of the government’s response to the Union Connectivity Review, we can confirm the government will look again at alternatives which deliver similar benefits to Scotland as the Golborne link”, said Andrew Stevenson MP, the Minister of State at the Department for Transport with responsibility for HS2.

“So long as these deliver for the taxpayer within the 96 billion pound [112 billion euro] envelope allocated for the Integrated Rail Plan, we will look at the potential for alternatives to bring benefits sooner, allowing improved Scotland services from Manchester and Manchester Airport, as well as from Birmingham and London. HS2 trains will continue to serve Wigan and Preston, as well as Lancaster, Cumbria and Scotland”, he said.

The Tories obviously regret going ahead with this glorious project.