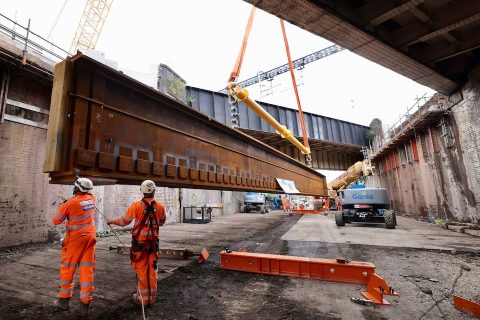 The latest Rail Network Enhancements Pipeline is long overdue. That is why the Railway Industry Association (RIA), the national trade body for the rail supply chain, says the UK government must urgently publish it. The call comes hard on the heels of the UK Government Spending Review, which the RIA also says must put rail development on the fast track.

It is now exactly two years (October 2019) since the UK Government last published its RNEP, a list of around nine billion pounds (9.9 billion euros) of improvements to the railway network. The Railway Industry Association has previously highlighted that the delay to these plans has so far resulted in at least one billion pounds (1.1 billion euros) being cut from the programme because the planned investments will not be delivered by the end of the current accounting period in March 2024 (Control Period Six).

730 days since the last publication

The RNEP contains almost 60 enhancement projects which the government expects Network Rail, the infrastructure management agency, to deliver during Control Period 6 (2019-24). Although the Department for Transport (DfT) pledged to update the RNEP annually, the RIA says it is now exactly twelve months overdue. The list previously included a wide range of projects, some of which have seen progress announcements, like mixed-traffic Transpennine Route Upgrade, and some, like Heathrow Western Rail Link, have not.

“It has been now 730 days since the Rail Network Enhancements Pipeline was last updated”, said Darren Caplan, Chief Executive of the Railway Industry Association. “Rail businesses feel they are being kept in the dark on this, as they need certainty to plan and invest for the future, especially given the long-term and complex nature of railway infrastructure projects.”

Unleash potential of the railways

On behalf of the industry, the RIA has also submitted in-depth proposals to the government in London. They want rail investment to be top of the agenda for the Autumn Spending Review – an outline five-year financial plan that guides the annual Budget speech by the Chancellor. “If the Government wants the UK’s railways to help it build back better and greener, creating jobs and levelling up, it really does need to provide more visibility and certainty around rail enhancement schemes”, said Caplan. “This would also mean better value for the taxpayer, as schemes are delivered more cost-effectively when rail suppliers have the certainty they need to plan their teams and resources well in advance.”

In their submission, the RIA highlights the importance of visibility and certainty of funding for upcoming rail projects to enable businesses to build the skills and capability and deliver value for the taxpayer. It sets out the concerns in the supply chain over a hiatus in decision-making because of the pandemic, and while the industry undergoes major changes with the transition to Great British Railways – the new overarching management body. The RIA submission comes amid uncertainty over the High Speed 2 Eastern Leg status, which is due to be clarified in the Integrated Rail Plan for the Midlands and North – a document the RIA says is also delayed by a year.

It may be Autumn, but the right kind of documents are on the line. When they may arrive is still uncertain.