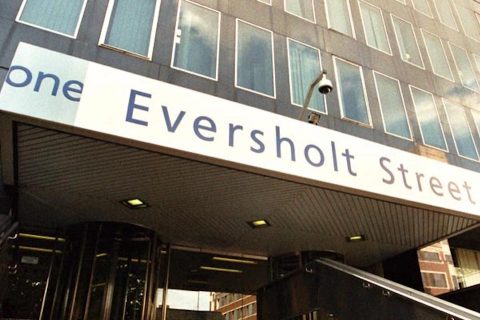 Will a northern headquarters for Great British Rail deliver for the freight sector?

The UK government has announced a competition for the home of Great British Railways, the new integrated authority set to take over the running of the UK network and control the contracting of passenger train operations. GBR will crystallise the state of affairs which has existed since the government took on emergency powers early in 2020, during the pandemic.

At the ruling Conservative Party conference, held in Manchester last week, Transport Secretary Grant Shapps announced that the new overarching body would have its headquarters in “the North”, stimulating comments from many communities, keen to put themselves into consideration. Early speculation puts York and Derby in the position of favourites.

Rail freight made an early, if mischievous bid, through the never shy chief executive of GB Railfreight, John Smith. With the government stating that the Great British Railways national headquarters will be based outside of London to ensure that skilled jobs and economic benefits are focused beyond the capital, He recommended Peterborough – which is just one hour north of London on the East Coast Main Line. It is no coincidence that GBRf has only recently established a headquarters there themselves.

Further up the ECML, York is hotly tipped. The city has impeccable railway credentials and is home to Network Rail’s training academy. The ECML plays a hugely important part in the rail freight sector. As well as GBRf, both DB Cargo UK and Freightliner UK have operational and administrative centres on the line – principally at Doncaster, which is hardly more than a shunt from York.

The competition will recognise towns and cities with a rich railway history that are strongly linked to the network, ensuring the first headquarters will take pride of place at the heart of a new era for Britain’s railways, explained Grant Shapps while speaking in Manchester – a city that may well consider itself a viable candidate.

The Transport Secretary also announced the creation of the GBR Transition Team, including top table representation from the freight sector. “The Transition Team will now be responsible for driving forward reforms and creating the railway’s new guiding mind”, said Shapps. “They will initially focus on driving revenue recovery efforts post-pandemic, bringing a whole industry approach to tackling cost and promoting efficiency and establishing a strategic freight unit to boost the sector.”

The team will be under the leadership of Andrew Haines, who will continue to work as chief executive of Network Rail. It is expected that Haines will himself transition into the CEO position at Great British Railways. Haines himself has not expressed a preference for packing his bags and moving out of 1 Eversholt Street, but the choices are still wide open. Under his guidance, Network Rail relocated its operational campus to Milton Keynes, just fifty miles (80 km) from the platforms at Euston Station in London.

Even from a metropolitan (London) perspective, Milton Keynes would not be reasonably described as ‘northern’, but that does leave open speculation that Derby in the East Midlands – with its deep-seated railway manufacturing and innovation heritage – could be in the running. Politically, there’s backing for Birmingham, which it may be noted, is at the northern end of HS2 Phase One. Insiders have suggested to RailFreight.com that Crewe also has a good case to make. The Cheshire town is synonymous with railway achievements, and it is the projected point of connection between HS2 and the West Coast Main Line.

Wherever the headquarters is located, Great British Railways will have one advantage if it is outside London: it will visibly fulfil the government ambition to ‘level up’ the economy of the UK.