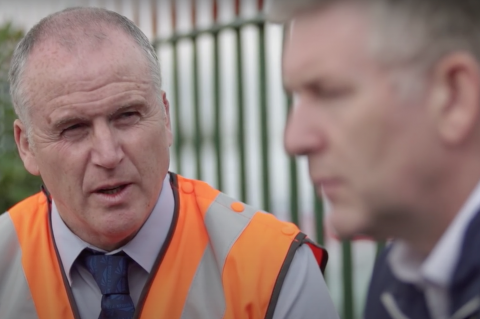 There are worrying statistics concerning suicide on the UK railway network. With over 250 recorded incidents in the past year, partners, including the infrastructure management agency Network Rail and the charitable organisation the Samaritans, have launched an initiative aimed at encouraging better awareness of the signs, and possibly averting a tragedy.

Small Talk Saves Lives is a programme, aimed at avoiding the tragedy of suicide on the British railway network. The Rail Safety and Standards Board (RSSB) reported over 250 incidents last year. Without underplaying the disastrous personal consequences, suicide incidents are also a significant disruption to rail operations, with untold implications to the lives of everyone affected.

As the UK begins to adjust to life with easing pandemic restrictions, Network Rail, British Transport Police and the wider rail industry have joined with the personal-support charity The Samaritans, to help with the serious issue of suicide on the railway. The project, called Small Talk Saves Lives, aims to empower the public to act if they see someone who needs help by simply starting a conversation. 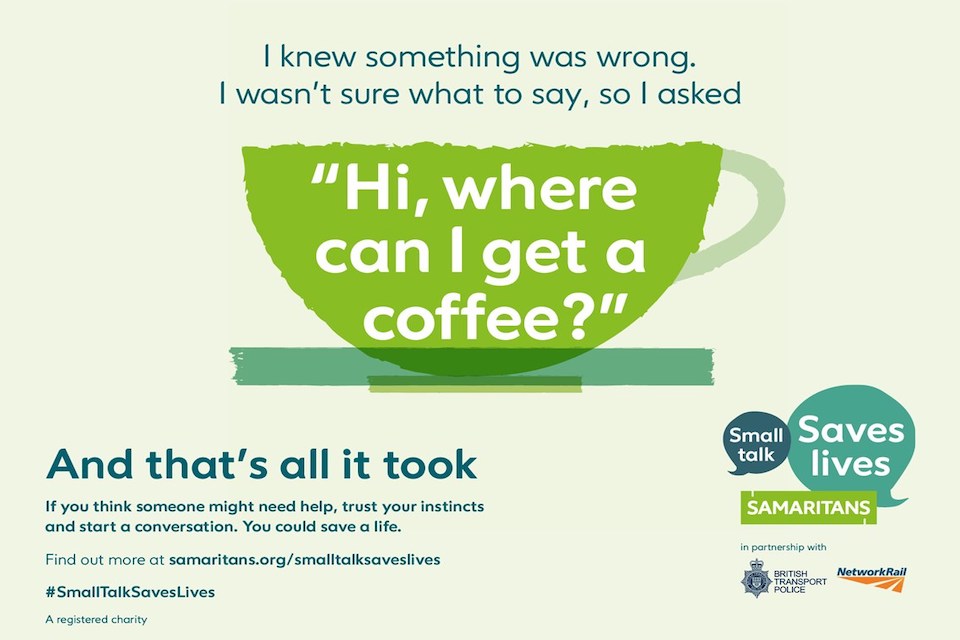 A survey has revealed that over three quarters of the nation have continued to use small talk with strangers during pandemic restrictions, including connecting with neighbours they hadn’t spoken to before. One in five surveyed are more likely to want to make small talk once restrictions have lifted. The findings show an appreciation of the sense of community brought out by the pandemic.

British reserve may be internationally renowned but the survey by the Samaritans shows how much the nation relies on small talk, even with the limiting social restrictions of the pandemic. The findings come as the Samaritans launch a new phase of their Small Talk Saves Lives project, in partnership with Network Rail, British Transport Police and the wider rail industry. The survey, carried out by YouGov, found that over three quarters of UK adults used small talk during the pandemic, whilst almost one in five of those surveyed say they are likely to want to make more small talk with a stranger face to face once restrictions are lifted.

With habitual stand-by topics like the weather, the campaign reminds the public they already have the skills to start a conversation with someone who needs help, giving them the confidence to act. “By trusting our instincts, if something doesn’t feel right, a little small talk and a simple question, such as ‘Hello, what’s the time?’ can be all it takes to interrupt someone’s suicidal thoughts and help start them on the journey to recovery”, said the Samaritans statement. “It could save a life.”

A wake up call

The issue came home to the rail industry. Network Rail’s Dom Mottram knows the importance of small talk after he experienced suicidal thoughts in his teenage years, just over a decade ago. He was considering taking his life when a lady approached him and asked him a question. Her kindness snapping him out of harming himself in the moment. Dom has since helped others in a similar situation both in and out of the rail environment.

“It took me a long time before I spoke to anyone about that moment”, Dom said. “It was a wake-up call and I eventually got help from the university and my family. I’ve had my ups and downs with my mental health after that, but I’ve come a long way since my 19-year-old self. I feel I know how to support my mental health now. I’d encourage everyone to talk about how they’re feeling and ask for help. It’s so true that small talk is enough to save someone’s life – just as it did for me and it’s what I always try to do for others.”

Anyone wishing to help can call the Samaritans on 116 123 – from any phone. That could be enough to prevent a tragedy. British Transport Police Assistant Chief Constable Charlie Doyle, said that when his colleagues make lifesaving interventions, they often simply start by saying hello and engaging in conversation. “There is no magic formula for what to say”, noted Doyle. “I’ve heard of officers chatting about the weather or the football. Everyone has the ability to make a difference. Starting a conversation can be all that it takes. We’re not suggesting people intervene if they don’t feel comfortable or safe to do so. They can tell a member of rail staff or a police officer – many of whom have been trained by Samaritans – or call 999.”