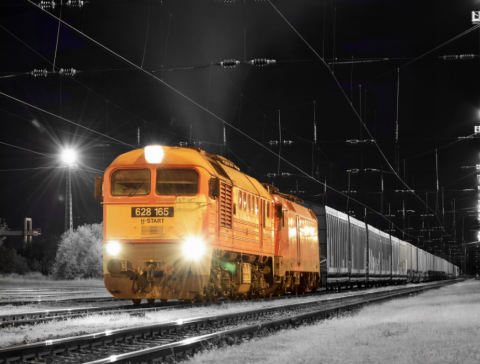 ‘Future is Rail’ campaign is here to enhance rail’s importance

The Community of European Railway and Infrastructure Companies (CER) launched on 31 March its new rail transport-oriented initiative under the title ‘Future is Rail’. Following the official kick-off of the European Year of Rail and the launching of the ‘Connecting Europe Express’ initiative, CER now aims to use its new campaign to promote the benefits of rail and encourage more customers and passengers to use it as their primary transport option.

According to CER, the three pillars of the ‘Future is Rail’ initiative relate to the mode’s main characteristics: smartness, connectedness and cleanliness. Similarly to rail transport, Europe should change its habit and start ‘moving’ in a smarter, more connected and cleaner way. “Rail is ready to be at the centre of a fully decarbonised transportation system in line with the European Green Deal. Investment in rail is an investment in more mobility, more economic activity and more growth, but sustainably. Because rail is cleaner, smarter and makes us more connected. Rail is the future”, said Alberto Mazzola, CER’s Executive Director.

Movement is an integral part of human nature but also of the way that products reach our homes. Consequently, achieving sustainable objectives does not depend only on the type of products we use or their production procedures. In contrast, their transportation is a crucial piece of the whole puzzle that we need to complete to become an entirely environmentally friendly society. The same applies to how we as people move around to get to our jobs or anywhere else we need. That is why, according to the Green Deal, Europe’s target until 2030 is to double the amount of rail passenger and make sure that rail freight’s share will reach at least 30 per cent.

However, one of the most important things to be achieved during the European Year of Rail is a shift of mentality towards the way people perceive theirs’ or goods’ transportation. If Europe needs a smart transportation system, then rail is unavoidably the future. The safety that rail provides, together with its efficiency, quality of services and, lately, digitalisation, make it the most sustainable transport mode and the primary component of a flawless and genuinely connected system.

Speaking of connectedness, if someone could visualise a rail network, it could be easy to realise that it looks like a human body’s neural system. It connects the most central parts of the continent, but it also reaches remote and afar regions. According to CER, “the seamless rail network of tomorrow is being built today”, and apart from it being seamless, it will be also CO2 neutral. In these times, while we go through the 21st century, environmental issues have become more urgent than ever. Consequently, having a reliable and far-reaching mode of transport would be nothing without a reduced environmental impact. And rail, both passenger and freight, pollutes eight times less than other modes, offering us a healthier future.