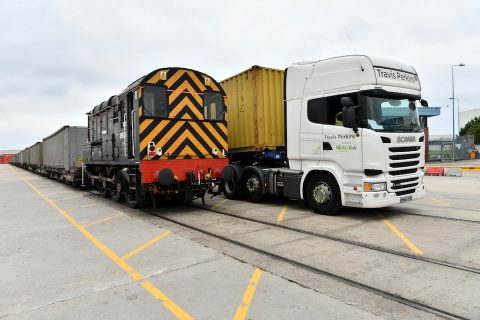 UIRR unveiled the results of a study concerning the impact of the new EU road haulage rules on Combined Transport (CT). The rules, otherwise known as Mobility Package I, could lead to an 8 per cent decrease of CT volumes. Simultaneously, they could cause an additional 12 million tonnes of CO2 emissions by 2030.

The European Parliament adopted the Mobility Package I last July. It includes rules that concern drivers’ working conditions, rules for drivers in international transport, and update provisions regarding access to the haulage market. However, it also provides the chance to the EU Member States to suspend Article 4 of the Combined Transport directive in their territories. This practically means that short-distance trucking prices could double-a catastrophic consequence for CT that relies on them.

UIRR conducted its study with the participation of twenty companies from ten different countries. The study’s focus laid in assessing where and how the new EU haulage rules could impact CT, conducting a comprehensive market survey and qualifying possible effects based on market input and CT volumes.

The key-take aways from the assessment are nothing but ominous. If the Member States use their ability to suspend Article 4, the results could impact both costs and capacities of Combined Transport. Moreover, they could undermine CT’s competitive position due to the boost of long-distance road haulage, CT’s direct competitor. Finally, and even worse, implementing such policies could reverse the modal shift from rail to road, since CT volumes will drop significantly.

Among the most heavily impacted countries from the new rules, one can find Germany and Italy, France and Belgium. However, unwanted results will also appear in countries like Austria, the Netherlands, Luxemburg, Sweden, Spain and Hungary. Most importantly, the 8 per cent decrease in CT volumes mentioned above will also impact nineteen country origin-destination pairs that will see transport between them altering entirely.

Regarding the ways to deal with the new status quo, UIRR came up with four proposals: the first thing to do is persuade Member States to abstain from the optional possibility to suspend article 4 of CT directive. As UIRR President, Ralf-Charley Schultze commented, this approach needs to be characterised by smart moves and negotiations. Since the EU already adopted the rules, this could not change easily.

Nevertheless, the Combined Transport sector can still communicate with EU states individually and acquire a political solution to the problem. After all, it is in the hands of each state to suspend Article 4. Thus, communication of fair requests and securing each country’s fair play is UIRR’s and CT’s most potent weapon currently.

Additionally, the second measure concerns adopting the Eurovignette directive reform in line with the European Parliament’s position and reforms in energy taxation during 2021. The Eurovignette Directive 1999/62/EC concerns the charging of heavy goods vehicles for the use of certain infrastructures.Together with its two updates, the regulatory framework aims to ensure the investment of revenues in infrastructure maintenance, the prevention of discrimination on the market and the internalisation of some main external costs such as congestion, noise and air pollution. Regarding energy taxation, UIRR wishes to see a proportionality between the energy content of the fuel and the adopted pricing of CO2 per tonne. In simple words, it demands fair taxation for the use of fuels in different transport modes.

Furthermore, UIRR proposed some temporary compensatory measures such as waiving track access charges, adopting the block exemption for state aid, upgrading the TEN-T network for 740m/P400 train paths and securing capacity for freight transport through network utilisation concepts. Finally, it called for transparency and the complete informedness of decisionmakers through regular and comparable reporting by the Member States.

This Friday Akos Ersek, Chief Policy Advisor of UIRR, will join RailFreight Live with Conor Feighan from ERFA, to discuss the prospects of the Year of Rail. You can watch this show live at 1pm, or watch it afterwards, on our YouTube Channel.