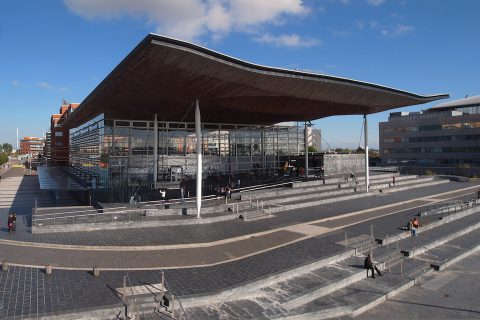 Wales to nationalise railways from early 2021

The devolved government in Wales, which acts autonomously of the UK government for transport and other matters, has announced today that it will take direct public control of the entire rail network within the principality. it is the first part of the UK to announce a change from the existing emergency measures, which were introduced in March and saw all passenger franchise operations converted into management contracts, overseen by the UK government’s Department for Transport.

The announcement comes in the face of the deepest drop in passenger numbers anywhere in the UK. Numbers using Transport for Wales services dropped by 95 per cent at the outset of the coronavirus pandemic and remain deeply depressed. To avoid financial collapse, the government in Cardiff has decided to take full control from February 2021. While there is speculation that the UK government may follow suit, there is no comment from London. The entire UK network has been the subject of a wide-ranging review, the Wiliams Report, which is rumoured to recommend a similar nationalisation model.

The announcement from the socialist-led government in Wales was made earlier today, and seems to have been planned in collaboration with the operators – a partnership of French company Keolis and the Oxford, UK, headquartered Amey. There has been some political debate on the matter, with opposition parties questioning the government’s expertise and financial ability to operate the network.

Under the terms of the nationalisation, the government will take responsibility for passenger services over around 1500 kilometres of routes in Wales. Some metro services around Cardiff and the adjoining South Wales valleys will remain in commercial management. The infrastructure is already managed in partnership with Network Rail, which is a UK government agency. Details of how Network Rail will relate to a direct government management department have yet to be finalised.

Details still to be made clear

As with the rest of the UK, freight services remain in commercial hands. It is not clear if issues like track access charges and delay compensation arrangements will change. Such matters are pertinent in day to day operations, where freight and passenger operations interface, and in more extreme circumstances, like the significant number of weather-related infrastructure delays and blockages experienced this summer, and the oil train derailment in August which caused significant damage and delay near Swansea. The effects of that, and an extensive programme of track maintenance and improvement will fall to the Welsh government to manage, alongside Network Rail.

Day to day liaison for freight operators should not be made any more complicated. There may be a shift of some contact points to Wales but, as at present, operational matters will remain between the operators and Network Rail.

Situation different in the rest of the UK

Arrangements elsewhere in the UK differ. While freight operations have remained in commercial ownership, passenger services were in a state of transition. Until the pandemic struck in March, and the UK went into lockdown, a franchise system operated with around twenty-five companies running passenger services. Currently, most operations in England, including most cross-border services between England, Wales and Scotland, are being run as management contracts by the existing franchise holders.

Infrastructure maintenance and development remains in the hands of Network Rail. In Scotland, a hybrid partnership was in place, overseen by the devolved government’s agency Transport Scotland. It managed the passenger operators Abelio and Serco, and collaborated with Network Rail. Northern Ireland has a separate overarching public transport administration, but runs no freight by rail at present.