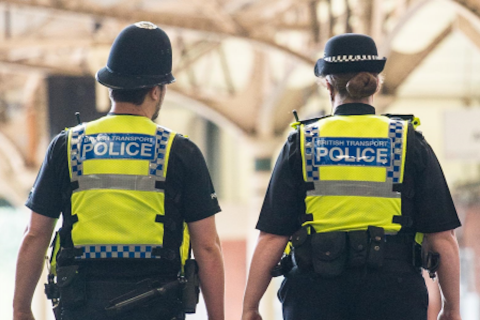 UK transport minister Grant Shapps is unhappy with the defaced state of the national rail network. He has written to Andrew Haines, the managing director of Network Rail, calling for greater efforts to reduce vandalism and trespass. He suggests putting down a marker with graffiti at the top of the list.

A canvass of anti-criminal measures are in force across the UK railway network but, as freight operators are only too aware, trespass and criminal damage to infrastructure and rolling stock is not going away. While the transport minister is concerned about the impression that graffiti gives to passengers, it is freight and infrastructure that is bearing the brunt of the spray can pandemic.

An impact on the wider public view

In his letter to Andrew Haines, the head of Network Rail, the agency responsible for the management and upkeep of the network, Shapps says that Britain’s railways have a long and distinguished history. He calls it a national asset, worthy of pride. “I want us as a nation, particularly as we continue our focus on improving and developing our national infrastructure as we recover from COVID-19, to feel proud of our rail infrastructure and public spaces by ensuring that they are maintained to a high standard”, he says.

The blight of graffiti, adds the minister, can have an impact on the wider public view of our national infrastructure and public transport. “Addressing visible signs of crime and anti-social behaviour such as graffiti helps to create an environment of respect for the law. This helps to prevent more serious crimes on and around the railway network.”

Vandals pay scant regard to safety

Graffiti is by no means confined to Britain. Most of the world is blighted by unsightly tagging and unlawful spray painting. While instances of passenger train defacement are relatively few – though very much a growing problem – freight rolling stock comes in for particularly damaging attacks on a frequent basis. Most consists have wagons that have been tagged, and in many cases it is impossible to find a single item of rolling stock that has not been damaged.

The vandals, who may consider themselves urban artists but, in the main are seeking to mark their territory for status among their peers, pay scant regard to the damage done to components, nor the obscuring of important safety and operational panels. Typically, graffiti damage goes hand in hand with other criminal acts on the railway, including trespass, outright destructive vandalism and theft. The threat to rail staff of encountering organised criminal gangs remains an everyday concern.

In the greater scheme of network maintenance, the budget allocated to combatting graffiti seems miniscule. However, Network Rail was praised by Shapps for the one million British pounds (1.1 million euro) programme undertaken earlier this year. This is in addition to its current annual budget of 3.5 million British pounds (3.9 million euro) for anti-graffiti measures. Shapps says this represents a positive step in the right direction while showing ambition. “Tied to the issue of graffiti is that of trespass, which in many cases enables graffiti. This can have extremely serious consequences for individuals’ safety and cause significant delays. I also welcome the work being undertaken by the Trespass Improvement Programme, in particular around the successful ‘You vs Train’ campaign”, he says.

British Transport Police, the law enforcement agency dedicated to the security of the railways in the UK, deals with a whole palette of criminal behaviour, including serious assault and drug related offences. However, they do address graffiti incidents. Already this year the force has caught and seen through to prosecution several spray paint criminals. Courts have handed down punishments, including custodial sentences for guilty parties.