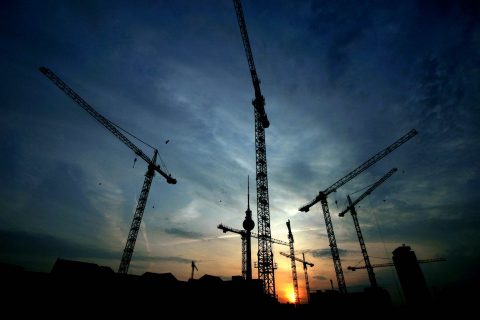 This week, Prime Minister Boris Johnson is expected to announce a massive programme of infrastructure investment for the UK. There is speculation as to how big the programme will be, and where the money will be invested. Questions are being asked as to how much rail freight can expect to benefit.

In an interview with the Mail on Sunday newspaper, Johnson revealed plans for an economic recovery task force, which will have an emphasis on infrastructure rebuilding, including rail development. The prime minister was also the first studio guest interviewed by Times Radio, which launched today. He reiterated the message in an interview, reported in The Guardian, which names the initiative as ‘Project Speed’ and is to be a task force overseen by UK chancellor Rishi Sunak.

In a social media post, the prime minister set the scene. “We want to build our way back to health”, said Johnson, referring to the coronavirus pandemic which has crippled the UK economy and could push unemployment levels beyond even the early 1980s, according to commentators. “If COVID-19 was a lightning flash, we’re about to have the thunderclap of the economic consequences. We’re going to be ready”, he said.

Infrastructure building will inevitably benefit the rail freight industry, with bulk transport likely to be an immediate winner. However, operators and potential customers will be looking for more direct targeting of rail development. The industry is already awaiting the outcomes of another government study – the Williams Rail Review – which, like much government business, has been indefinitely delayed.

However, it has been widely leaked that a shake up of the administration will be recommended, and with that there is potential for further investment across the network.

The prime minister is to reveal details of the infrastructure spending package in a speech, to be given in the English Midlands on Tuesday. Groups around the country who advocated expansion of the rail network are already lobbying for inclusion of projects like connections between Manchester and the East Midlands, and cross border between Scotland and England. Read more from RailFreight.com here.

Speaking on Sky TV on Sunday, Johnson characteristically hinted at the content of the speech. “As we move out of this awful period of coronavirus, this dreadful disease, we want to get Britain moving again”, he said. “We’re building now very focusing on infrastructure, levelling up across the country, the type of things that effectively help to create jobs but also provide services and economic growth and opportunity across the country.”

Speculation up, economy down

Press speculation is growing, as to the importance of the announcement tomorrow. Francis Elliott, political editor at The Times, said he expected it to be the biggest speech of the summer, though he expected the autumn budget to carry more weight. It may be that the rail freight industry will have to wait until later in the year for good news.

The Office for National Statistics has already reported that the UK economy shrank by 20.4 per cent in April – beating all previous records. Already unemployment is up, year on year by 126 per cent – with over 600,000 losing their jobs during the UK lockdown. Rail can play a part in the recovery. The question is how much will rail feature in tomorrow’s plans for recovery.