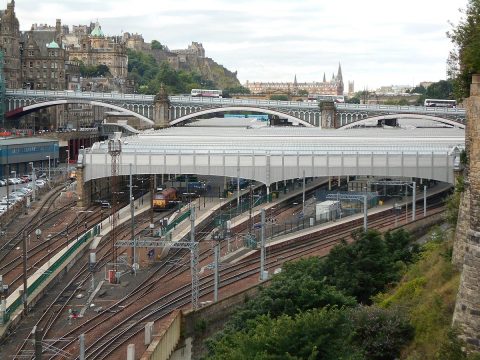 The UK has partially nationalised its railways as a temporary measure battling the coronavirus crisis. Rail freight remains in commercial hands, while the UK government has taken charge of the passenger rail network. All commercial franchisees have been suspended for at least six months from today. Given that the infrastructure manager Network Rail is a government agency, that leaves freight as the most significant commercial operation on the British railway network.

The announcement was made shortly after 7AM on Monday morning, just as a reduced passenger timetable came into effect. In other times this would be extraordinary, but today it is just one more example of the magnitude of times in which we live. Yet, the last time the UK saw similar measures was in 1914 and 1939.

The British rail network has been distributed to private parties through concessions. These concessions have now been lifted for at least six months. The UK government assumes all operating risks. The rail operators still receive compensation for running trains.

The joint decision, between government and train operating companies, also enables important freight services to continue, ensuring sector can support movement of goods and supplies while passenger services continue for those most at need, says the statement. “Government and rail operators across the UK agree reductions in service levels following reduced passenger demand as people change their travel patterns to help tackle spread of COVID-19”, says a government statement from the Department for Transport.

It is also designed, says the Department for Transport (DfT), to “keep core services running to ensure those who need to get to work can continue to do so”. The statement picks out workers from the emergency services and the very significant numbers of workers in the National Health Service.

Also from today, rail freight will have what UK government sources call a partial priority. With passenger services reduced by around half, with off-peak services taking most of the reductions, there are paths opened up for freight.

However, as already discussed in Friday’s RailFreight.com webinar, logistic challenges – such as driver route knowledge and motive power – mean that the short term gain will be to provide priority paths for freight, before considering introducing more freight services. Both freight and passenger services will remain under review, says the government.

While no details have been released of the priority to be afforded to freight, it is likely that the extremely busy West Coast Main Line could benefit. What infrastructure agency Network Rail calls the “Backbone of Britain”, has a vital part to play. “Our role in Britain’s Coronavirus response is clear – to keep key workers, including in the NHS and emergency services, as well as food, fuel and medicine moving safely as together we rise to this challenge,” said Tim Shoveller, managing director of the North West and Central (NW&C) region, which manages the WCML.

Connecting London, the West Midlands, north west England, and Scotland, the route is the busiest mixed-use railway in Europe. Shoveller was speaking as the new reduced timetable was brought in today, offering scope for increased volumes of freight.

“We are planning carefully and supporting our railway colleagues, especially those in critical frontline roles, as we all work together to support Britain in its hour of need,” he said. “The West Coast main line is the Backbone of Britain. We must keep it open to ensure vital supplies and key workers get where they are needed. I would like to publicly thank all Network Rail staff and wider rail industry colleagues for the hard work you are each putting in to keep the railway open at this hugely challenging time”.

The raft of emergency measures, announced early on Monday morning, puts all passenger franchises on hold, with operating companies put on to a management fee basis, similar to those already in place on the East Coast Main Line and Northern franchise networks. This is, in effect, a nationalisation of the bulk of the UK railway business.

Rail transport administration is a devolved power in the UK, and the directive required the cooperation of national governments around the UK. Scottish Transport Secretary Michael Matheson said they had discussed the implementation with rail industry partners. “We know that rail provides an important service in moving passengers and goods around the country”, he said.

Medicines around the country

Speaking further on operations in Scotland, which are mirrored in England and Wales, Matheson outlined what he expected the measures to achieve. “Moving to a reduced timetable will enable freight to be prioritised so goods and emergency supplies such as medicines can be moved around the country”, he said. “Constructive dialogue has been held with rail unions with discussion focused on protecting rail staff, while they make a significant contribution to keeping passengers and goods moving as much as possible in these challenging circumstances”.

Since the coronavirus outbreak, passenger numbers in the UK have fallen by over 70 per cent. Freight however has been buoyant, albeit  affected temporarily by a reduction in maritime traffic, due to delayed or cancelled sailings of intermodal container ships.

The emergency measures will be in place for at least six months, adds the UK government. Rail freight operations have been classified as key to the preservation of the national economy. Staff have been given designated key worker status. It seems that status is even more crucial from today. 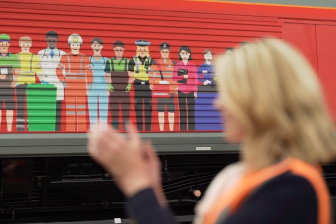