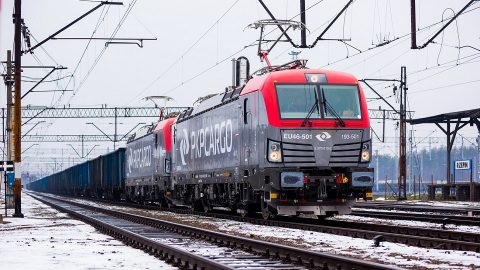 Many rail freight operators from Central and Eastern Europe will not be able to provide the quick modernisation of their wagon fleet, something that is required when several EU member states implement noise regulations. Member of the European Parliament from Poland Tomasz Poręba has expressed his concern about the implementation. He has asked the European Commission whether these rules are in line with the EU’s market competitiveness and freedom.

The European deputy sent an interpellation to the European Commission, referring to the plan of some member states to prohibit operations of ‘loud’ wagons on their entire railway network this year. Currently, only Switzerland, a non-EU state, has adopted the mentioned ban. As for the EU Member States, Germany intends to introduce this prohibition on 13 December 2020. The other EU countries will implement noise regulations gradually by the end of 2036.

“This situation is of deep concern for rail freight carriers from many Member States, and especially for national carriers in the Central and Eastern European countries, where costly and time-consuming modernisation of rolling stock is needed. Without this modernisation, they will not be able to operate in the territory of the Member States where the TSI Noise regulations are introduced unilaterally earlier than agreed”, Tomasz Poręba stated. It is worth to note that a similar concern was expressed by Poland’s Ministry of Infrastructure in April 2019, several months after TSI Noise was adopted.

Besides the bans and fines, the noise regulations could provide bonuses to the rail freight carriers. As of today, four European states introduced Noise Differentiated Track Access Charges (NDTAC), which include bonuses for using the retrofitted ‘silent’ wagons. It was Switzerland that became the first country in Europe to implement NDTAC and its bonuses in 2000.

The first EU Member State to do this was the Netherlands, it adopted the bonus scheme in 2008. Afterwards, this list was expanded with Germany in 2012 and Austria in 2017. As a pioneer, Switzerland has succeeded significantly in terms of reducing noise. SBB Cargo, the Swiss national rail freight operator, modernised almost its entire wagon fleet to be compatible with the noise regulations.