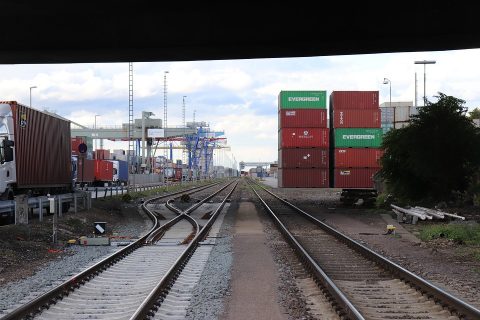 Another battle for Combined Transport Directive

The European Commission has withdrawn the amendment proposal of the Combined Transport Directive. This became clear from its work programme 2020. The withdrawal means a delay to the modernisation of the Directive, which has been in process for several years. This delay can only be justified if the withdrawal results in the re-tabling of an amendment with an improved, more effective content, commented lobby group UIRR.

The European intermodal sector greeted the amendment proposal when it was originally introduced by the Commission in November 2017. Several formulations and solutions of the existing Directive 92/106, dating back 28 years, became obsolete, while the changing realities and ambitions require new measures. The original proposal of the Commission, and as it was improved through the legislative process in the European Parliament, already addressed these challenges in a satisfactory manner.

However, a little later in the process the amendment was tabled as part of Mobility Package 2, and this had several implications less favourable to intermodal transport. “Intermodality is not a form of road haulage, but an interconnector of the various modes of surface transport. The collaboration between the modes of transport, referred to as intermodal/combined transport, results in a better performing long(er) distance freight transport solution, when compared to its unimodal road alternative”, explained Ralf-Charley Schultze, head of the organisation.

“The climate emergency declaration of the European Parliament and the European Green Deal are evidence of how the broader external circumstances of long(er) distance surface freight transport changed in Europe. On the contrary, the trialogue deal reached in relation to Mobility Package 1 affecting the road legs of Combined Transport regrettably threatens to move the status quo backwards, not forward.”

UIRR considers the decision of the Commission to withdraw and then re-submit the directive amendment a year later might as an opportunity. “This should ultimately enable the progressive changes that the European intermodal sector needs to perform as expected, to continue as an attractive alternative to unimodal long(er) distance trucking.

“The sector will continue with its constructive support of the legislative process, while upholding its arguments against the disastrous Mobility Package 1 trialogue deal: alternative regulatory means exist to achieve the underlying policy objectives, which should be used instead.”