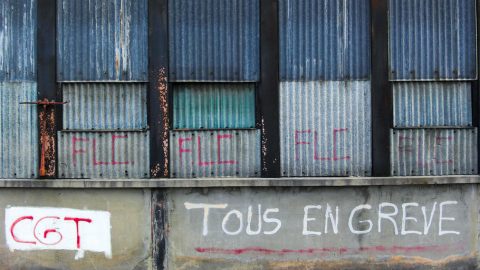 The French railway company SNCF expects to have suffered losses amounting to nearly 600 million euros in revenue due to the railway strikes. This was said by the new company president & CEO Jean-Pierre Farandou. The strike began on 5 December last year, and the losses are only what was suffered last year. The losses of this year have not even been added, the company leader said.

The 600 million euros since December translates into an average loss of 22 million per day. In 2020, up till 16 January, the strike caused an additional loss of 250 million euros. “In total, we will not be far from a billion euros in losses,” said Farandou.

On 16 January, as the strikes entered their 43rd day, the board of directors of the new SNCF had their first board meeting, in which they reviewed the losses due to the conflict. The new CEO will begin his mandate by implementing a saving plan, which will be added to the productivity improvement programme, French media reported.

Since 1 January 2020 SNCF is a national public company with two subsidiaries: SNCF Réseau and SNCF Mobilités. Fret SNCF has been restructured as a wholly-owned subsidiary of SNCF Mobilités. The capital of the national company is now fully owned by the state. This is part of the reforms that were deemed necessary due to the ailing performance of the company. Farandou was appointed CEO on 1 November last year, replacing Guillaume Pepy.

After several attempts to strengthen the company, Emmanuel Macron´s government decided last year to restructure SNCF completely, as part of a modernising scheme reactivating the national economy. It considers the rail freight industry as a strategic sector and therefore pushed for the reforms. The rail freight subsidiary of SNCF had been losing market share for the past few years.

Although the reforms have already taken place, protesters are still trying to influence policy when it comes to the pension system reforms. The state subsidises more than forty pension funds from various professional groups that are all organised differently. Macron, just as his predecessors had tried in vain, wants to streamline and reform the complicated and for many pensioners very generous system. Employees of the metro announced today that they will cease the strike and find other ways to battle the government plans.

Last year’s strikes were a response to Macron’s announced plans to draw up a new social contract with the railway staff members, who must benefit from the same working conditions as all the French. Macron’s plans were eventually approved.