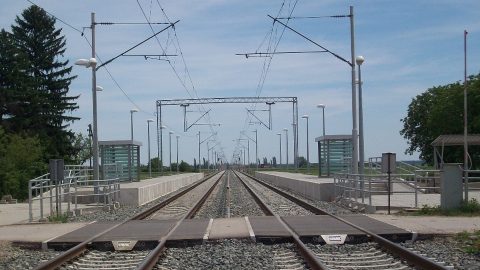 Croatia will construct new railway to port of Rijeka

Croatian rail infrastructure manager HŽ Infrastruktura plans to construct a new, shorter railway from Karlovac to the country’s largest port of Rijeka. The project is estimated at 1.7 billion Euros. The new mainline will be built with the help of the China Road and Bridge Corporation (CRBC).

HŽ Infrastruktura and CRBC have provided a joint working group for the project implementation. The role of the Chinese company has not been identified yet. However, the document may become the beginning of extensive cooperation between the parties. The project consists of two parts – modernisation of the existing section between Zagreb and Karlovac as well as the construction of a new line between Karlovac and Rijeka, the so-called Lowland Railway.

The 170-kilometre railway line between Karlovac and Rijeka will improve and speed up train traffic to the port of Rijeka. It will run from Karlovac to Rijeka via Drežnica and Ledenice, south of the existing line that passes through Moravice and Delnice. The new railway allows for shortening the travel time between Zagreb and Rijeka from 3.5 to 1.5 hours.

The Chinese companies will also be able to participate in the development of rail connections to other Croatia ports: Split, Šibenik and Zadar. This was pointed out in a Memorandum signed between HŽ Infrastruktura and China Railway Eryuan Engineering Group. The Chinese contractor intends to develop and manage rail corridors to these ports as well as to modernise intermodal facilities.

Currently, Croatian ports have insufficient rail connections with the mainland. The harbours are linked with the hinterland by a single-track and twisty lines constructed in the mountainous areas. Only the port of Rijeka has an electrified rail connection, the railways to the three ports are non-electrified. This creates obstacles for the development of the port facilities and terminals.