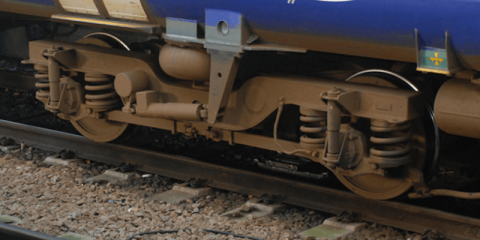 TheShift2Rail project Dynafreight has resulted in the groundwork for regular operations of long freight trains up to 1,500 metres in Europe. Moreover, it paved the way for the creation of the next generation of bogies of freight locomotives. The project team presented its results on 27 June in Brussels.

The goal of the project, which in full is named Innovative technical solutions for improved train DYNAmics and operation of longer FREIGHt Trains is to provide the necessary inputs for the development of the next railway freight propulsion concepts within Shift2Rail. It contributes to overcoming the problems of operational and technical nature that have been negatively affecting the overall capacity, performance and competitiveness of the EU rail freight industry, stated Shift2Rail.

The project team has been preparing the ground for regular operations of long freight trains up to 1,500 metres. Currently, freight trains in Europe can be up to 750 metres long. Trains exceeding this standard pose a number of challenges; they are, for instance, less reactive, which raises serious safety concerns. To solve this issue, a second locomotive could be placed in the middle of two linked trains. Connected via a remote control system, both trains can act as one, the team suggests.

In this context, researchers examined Spanish freight train lines to assess the safety issues at stake, the barriers still hindering the operation of long trains as well as the functional requirements of radio-controlled traction and braking. The results will fuel future Shift2Rail projects on freight transportation within the framework of the Innovation Programme 5: Technologies for Sustainable & Attractive European Rail Freight.

The next generation of bogies of freight locomotives was also proposed. A bogie, a metal frame to which the axles and wheels is attached, is an essential part of a train as it enables driving through even the sharpest bend as well as it attenuates the impact of track irregularities on the vehicle. Computer-based analysis in different areas has shown the potential of new freight locomotive bogies in comparison to current bogie designs.

The project team concluded that the weight of the bogie frame can be reduced up to 37 per cent, novel steering systems could  improve curving behaviour with regard to the wheel-rail forces, and a reduction in wheel wear and wheel-track damage could result in an increase of wheel life by 40 per cent. Moreover, monitoring solutions could reduce the life cycle cost of bogies by 7 per cent. New solutions were tested to reduce rolling noise levels, achieving a reduction of more than 4 dB.