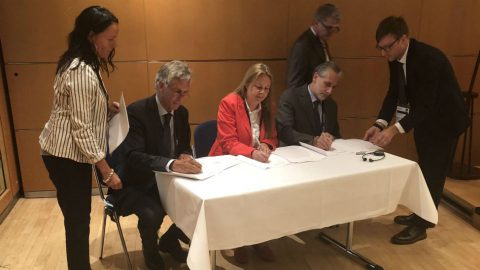 The lessons learnt from Rastatt now formalised in Handbook

Published on 25-05-2018 at 08:00
The Handbook for International Contingency Management formalised in Leipzig. Photo: Hans-Willem Vroon

The Handbook for International Contingency Management was accepted unanimously by RailNetEurope, and formalised at the International Transport Forum in Leizig on 23 May. The Handbook is the direct result of the lessons learnt from the Rastatt incident, which paralysed international rail freight traffic in Europe for seven weeks in the summer of 2017. The measures will be applied from the start of the 2019 timetable in December.

The handbook describes standards that allow for the continuation of freight at the highest possible level in case of an international disruption, in addition to assuring transparency of the status of the disruption and its impact on traffic flows for all relevant stakeholders across Europe. An international disruption has been defined as disruptions with a forecasted impact on the affected section of more than three calendar days and high impact on international traffic. The impact of an incident is assessed by using business know-how (e.g. knowledge about passenger / freight flows) and by considering available re-routing options.

From now on, a predefined re-routing overview is available for for each Rail Freight Corridor (RFC). These include “off-the-shelf” re-routing options and traffic management scenarios that minimise traffic disruptions. The re-routing options include all relevant and available information regarding technical parameters, other operational requirements and a rough indication of capacity (volume), but will not describe precise available capacity on any foreseen re-routing line.

The overview is drafted by the infrastructure managers. The RFCs will consult with railway undertakings so that these can prepare themselves for possible diversions. A review of the re-routing overview is foreseen at least every two years under coordination of RFCs based on input given by the infrastructure managers. The current overview was presented at the Rhine-Alpine Corridor CEO’s Meeting in Leipzig.

The Handbook also defines internationally agreed allocation principles for international disruptions. These are needed to eliminate ambiguity when fast action is required and to avoid discrimination, the text reads. The principles should be adopted by all infrastructure managers and allocation bodies without conflicting national laws/regulations. Infrastructure managers and allocation bodies with conflicting national laws/regulations should seek support from Transport Ministries and Regulatory Bodies for a synchronisation with this approach.

Although the allocation principles are described in detail, the main rule is that when the capacity on the disrupted line is less than what is required, the capacity available for re-routing will be allocated between annual timetable traffic and ad-hoc traffic according to the shares of these two segments in the previous year. For the share of the annual timetable, traffic is analysed per week during the expected time of interruption, while ad-hoc traffic is allocated capacity at a first-come-first serve basis.

The responsible infrastructure manager must consider whether the disruption needs to be declared and if the international contingency management has to be started. If this is the case, the coordinating RFC is chosen and addressed by the leading infrastructure manager, not more than twelve hours after the disruption started. The coordinating RFC should make the first telephone conference on mitigation measures within twelve hours after being informed. Incident managers are responsible for coordinating internationally available capacity and provide a rough indicative timetable within 24 hours after the first telephone conference, in order to organise required mitigation measures on the selected re-routings in their network as soon as possible.

Once these processes are in place, the incident must properly be communicated to the rest of the world. The RFC must call the responsible communication managers of the leading and the affected infrastructure managers and allocation bodies. They are in turn responsible for informing internal and external stakeholders in their country. Information should be provided in English. The coordinating RFC and other affected RFCs provide updated information on their website.

Due to an incident in Rastatt, the Karlsruhe-Basel line was closed for all traffic for a period of seven weeks last August-September. The Karlsruhe-Basel railway line is part of the important north-south corridor connecting the ports of Rotterdam, Hamburg and Antwerp with Switzerland and Italy. Although diversion routes were provided by DB Netze and infrastructure managers in neighbouring countries, capacity on these routes was limited and interoperability proved to be a major hurdle. Many locomotives were not equipped to operate on the railway network in neighbouring countries and train drivers with the language and technical skills to operate a train in another country were not sufficiently available.

The Rastatt incident and ramifications led to big financial losses and reputational damage for the rail freight industry. Economic damage was estimated to be more than two billion Euros according to HTC Hanseatic Transport Consultancy, the European Rail Freight Association (ERFA), the European Rail Network (NEE) and the International Union for Combined Rail-Road Transport (UIRR). Moreover, rail transport lost an approximate one per cent of its market share in Switzerland. 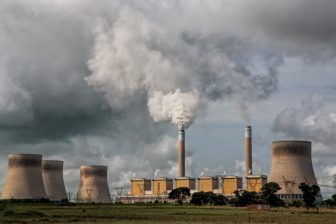