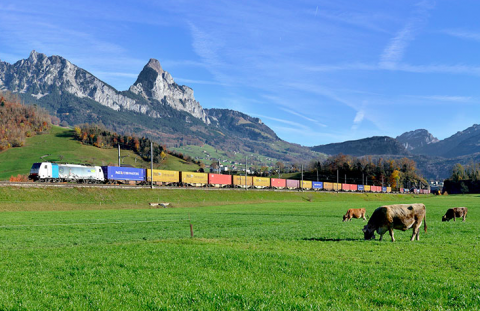 ERFA says there are at least 22 rail construction sites during July in on the vital central Europe north-south rail corridor linking northern Italy with Germany, Switzerland, Belgium, The Netherlands and beyond. This is causing the network to grind to a halt and resulting in ‘reverse modal shift’ as companies are forced to put goods back on the roads, and add to the already-heavily congested motorways during the holiday season.

The delivery of household goods ranging from washing powder to pet food, and industrial supplies from tyres to plastics, is being heavily impacted, says ERFA, which believes there is a real risk of rail losing customers due to the ‘inconsistency of services and lack of reliability’.

“Longer journey times and train cancellations risk alienating more and more customers from choosing rail as an alternative attraction to road,” it says in a statement. “The disruption to services has a devastating impact on the viability of smaller railway undertakings, risking future of competition in the sector. These disruptions mean that costs for railway undertakings are increasing, with no change in their fixed costs, whilst no compensation is received – a situation which is far harder to absorb for small rail companies.”

ERFA says that while it acknowledges line closures and restrictions are an essential part of infrastructure development and maintenance, they must be organised to ‘limit the negative impact’  on the quality of service offered to end customers, and to ensure ‘viable solutions’ for business. “ERFA stresses again and again that improved coordination on infrastructure works, in particular for international routes, is a key priority to improve rail’s quality of service.”

It says firm commitments were made following last year’s Rotterdam TEN-T Day agreement, both by EU transport ministers and the rail sector, to urgently improve the coordination of infrastructure works on freight corridors. “One of the focus areas was the need for advanced notice by national transport ministeries of funding for infrastructure works impacting international freight traffic, so that infrastructure managers are in a stronger position to coordinate works – one year on ERFA awaits concrete results,” it adds.