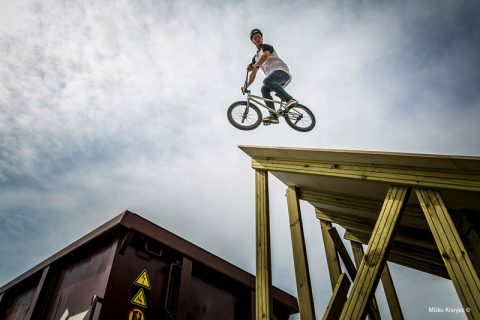 A rail freight infrastructure programme for Slovenia that would cost a billion Euros is to be put to a referendum, following a vote by the country’s Parliament. The 27-kilometre line is designed to speed up freight traffic between the city of Divaca and the country’s state-owned Luka Koper seaport.

The lobby group Taxpayers Don’t Give Up and the main opposition party, the centre-right Slovenian Democratic Party, had pushed for the referendum, arguing that the line was too expensive based on the Government’s economic projections.

The centre-left government has already won 44.3 million Euros of European Union funds for preparation of the track, while its neighbour Hungary had also said it is ready to invest about 200 million Euros in the project, as it is landlocked and therefore relies on Koper for much of its sea freight.

If voters reject the project, it would mean it being put on hold for at least a year, but most likely longer as a Parliamentary election is not due until the middle of next year. For a rejection to be valid however, it needs both a majority of those voting and the backing of at least 20 per cent of the 1.7 million or so eligible voters. The referendum is due to take place on September 24.

Slovenia has a strong rail freight presence, with state-owned SŽ Cargo providing a range of domestic and international intermodal services. It carries traditional goods such as ore, steel and coal, as well as wood, paper and agriculture, and hazardous goods. Freight is also carried by Adria Transport, Slovenia’s first private rail carrier. It was established in 2005 by Luka Koper port and logistics system and Austrian carrier GKB to improve rail connections between the Port of Koper and the hinterland markets, in particular Austria, Hungary, Germany, Czech Republic, Slovakia, Poland.

The country sits on two of the European Union’s Core Network Transport Corridors – the Baltic-Adriatic and the Mediterranean. The Baltic-Adriatic Corridor extends from the Polish ports Gdansk and Gdynia and from Szczecin and Swinoujscie via Czech Republic or Slovakia and through eastern Austria to the Slovenian port of Koper and to the Italian ports of Trieste, Venice and Ravenna. It covers rail, road, airports, ports and RRT’s. The Mediterranean Corridor links the Iberian ports of Algeciras, Cartagena, Valencia, Tarragona and Barcelona through Southern France, with link to Marseille, and Lyon to Northern Italy, Slovenia and a branch via Croatia to Hungary and the Ukrainian border.

SŽ Cargo recently teamed up with events organisers Urban Roof to ‘build’ a 170-metre long freight train featuring trampolines, BMX bike jumps by the Dunking Devils group, a Russian swing and even a swimming pool. It was held on Slovenian Railways Day, June 2, to mark the arrival of the first train on Slovenian soil in 1846.

Melita Rozman Dacar, Director of SŽ Cargo, said: “Logistics is an area full of challenges, where only a company, prepared to evolve daily, can succeed. As well as our company, the group Dunking Devils has a similar philosophy of continuous development and progression. I am proud this project could pay tribute to all the railway people and their families. They are amazing people and deserve the recognition.”