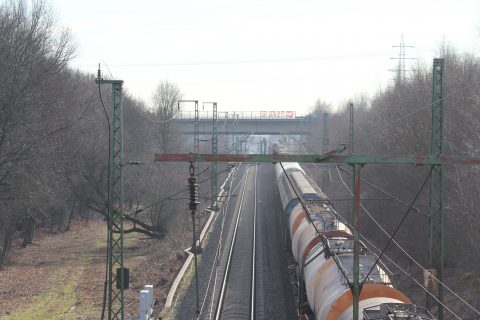 The German section of the vital Betuweroute freight line faces a significant delay, the Dutch Transport Secretary Sharon Dijksma has said. In a letter to Parliament, she said the official schedule for the 70 kilometre stretch between Emmerich and Oberhausen was ‘no longer realistic’.

The Emmerich-Oberhausen link was due to be finished by 2022 but now there will be significant delays because of problems with the issuing of building permits from the local German authorities. The last permits are expected to be issued in 2019, and only when this is done will the German government be able to provide another ‘reliable date’ for the track’s completion.

It centres on a three-track expansion of the route which, after completion, will significantly streamline cross-border traffic between Germany and The Netherlands. The extra rail will mean ensure that freight and passenger services can run independently, instead of having to share line space.

Around 1.5 billion Euros is being invested in the Betuweroute project, which when completed is expected to open up vast new freight opportunities between the key north sea ports of Rotterdam and Antwerp, and the European hinterland.  The Rhine-Alpine TEN-T Corridor, one of Europe’s busiest freight routes, connects both ports to Genoa, via some of the major economic centres of the Rhine-Rhur & Rhein-Main-Neckar regions.