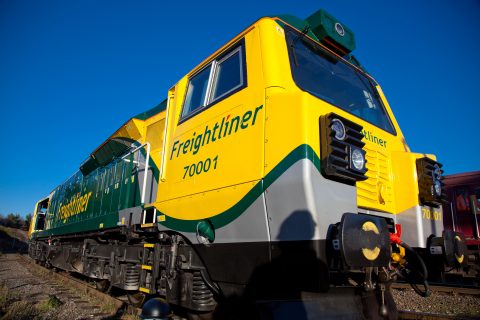 The UK’s main three rail freight firms will receive nearly 31 million Pounds over the next two years to encourage a continued shift of freight from road to rail. It is calculated that nearly 1.5 million lorry journeys will be removed as a result of government grants awarded to GB Railfreight Ltd, Freightliner UK and DB Cargo UK.

It is part of the Government’s Sustainable Distribution Fund, established in 2005 with the aim of supporting transport schemes and providers working to minimise the impact of freight on the environment, safety and other transport users. The overall goal is to reduce the number of lorries on the roads.

The Department for Transport (DoT) is currently operating two schemes designed to help realise the environmental and social benefits which result from using rail or water instead of road. The first is the Mode Shift Revenue (MSRS) scheme, which assists companies with operating costs associated with running rail and inland waterway freight transport instead of road, where rail/water is more expensive than road. The second relates only to waterways.

Traffic removed under the schemes is closely monitored, and where traffic levels have been lower than those in the grantees’ contracts, reductions to the contract have been made. This ensures the budgets can be managed effectively.