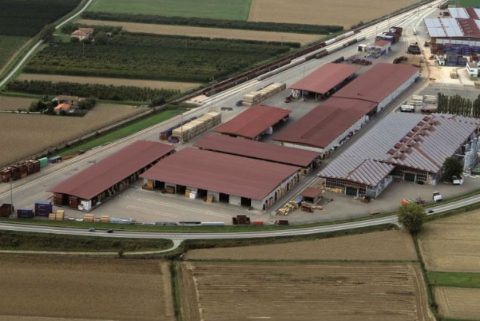 The amendments to the Combined Transport Directive may not be enacted, as the proposal currently on the table is less encouraging to combined transport than existing legislation. Rather than forming harmonised rules, it enables member states to form their own rules, suited to their respective interests. This is the warning message of the lobby organisation UIRR.

Stemming from 1992 and without any prior amendment, the Combined Transport Directive is outdated and unlikely to realise the objected modal shift. The European Commission (EC) has proposed amendments to the Directive and carried out several consultation exercises over the last four years. The Parliament delivered its feedback in May, and the Transport and Tourism Committee (TRAN) adopted the amendment in July. But, under the Austrian presidency the tide has changed.

The aim of the amended directive is to encourage combined transport, explains Ralf-Charley Schultz, Director of the UIRR. “Currently, only 43 per cent of intermodal traffic in Europe falls within the scope of the directive, therefore enjoying the incentives provided. With the proposal of the EC, this may increase to 70 per cent.”

A major topic of debate has been the distance of a combined transport road leg (the distance covered per road). Under the EC proposal, this is to increase to 150 kilometre, within which operators are free to use the terminals of their choice. The maximum allowed fixed distance may be exceeded to reach the nearest terminal offering the required services to deal with the cargo shipped and the type of loading unit used. But, the compromise proposal drafted under the Austrian Presidency puts Member States in charge of defining what makes a terminal ‘nearest suitable’.

There are more of such debated principles, UIRR explains. “The amendment proposes legal equivalence between international road haulage and international combined transport operations – very often erroneously only referred to by some as “cabotage exemption. Accordingly, Member States would gain the right to limit the number of combined transport road legs a haulier from a third country may perform.”

Furthermore, a ‘transit clause’ has been introduced, whereby a Member State may unilaterally disqualify a combined transport operation, a technically unfeasible documentation is to be provided during a roadside check and Member States refuse to prepare a regular report on the state of combined transport.

“The Austrian proposal means that several powers are being transferred back to the national authorities. What was agreed upon in Europe about 25 years ago is now reversed into the opportunity for countries to apply specific regulations. That does not make combined transport more attractive. In this way, the modernisation of the old Directive means a step back from European integration. That is unfortunate and makes the execution of combined transport unnecessarily complicated and therefore unattractive”, comments Ad Toet, project manager of the European ELETA-programme.

The most likely outcome of the current developments, according to Schultz, is failure of amending the CT Directive. “If the European Council were to adopt a general approach along these lines, the EC will most probably withdraw the amendment proposal, or reach a stalemate of the trialogue negotiations. The directive is better as it is, than it would be if these proposals were to be adopted.”

But, there is still a window of opportunity to make worth the four years of hard work, he explains. The UIRR urges UIRR Members, MoU peers and partners, as well as any intermodal logistics company who may be mobilised for this purpose to dial up their political contacts.

On 3 December, the Ministerial Council meeting will be held in Vienna. The first COREPER Ambassadors’ Meeting in preparation of this council meeting was held last Friday, but no consensus was reached. This meeting will continue tomorrow (Wednesday), with the hope that a general approach (a political agreement that speeds up the decision-making process) is possible. The orginal projected timeline was to see the amendments enacted in April 2019.