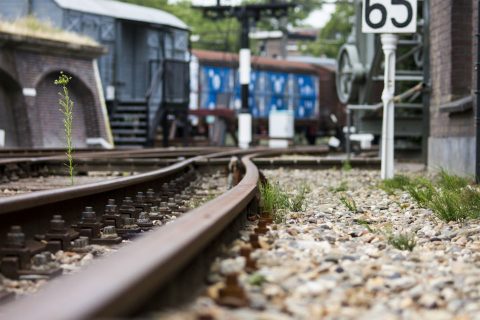 ‘The Netherlands should stop with the roll-out of ERTMS’

The Netherlands should put the roll-out of the European Rail Traffic Management System (ERTMS) on hold. In implementing the system, it should follow the example of Germany, says Dutch lobby organisation RailGood. A petition including this argument has been signed by more than 600 people. The way the system is implemented is devastating for the rail freight market, the organisation claims.

The Netherlands is one of the countries scrutinised by the European Court of Auditors. In a report published last week, it concluded that the overall implementation was insufficient and too fragmented. High costs and little incentive for the industry were among the reasons named. Ironically, the implementation of a single signalling system in the EU is part of a strategic political decision to improve interoperablity across the continent.

A locomotive manufacturer who wants to equip a vehicle with ERTMS technology has to dish out 230 thousand Euros, explains Hans-Willem Vroon, founder of RailGood. “The manufacturer bears the cost of this adjustment. If he does not make the adjustment, he will not be able to operate on several parts of the network. His fleet however, may consist of locomotives with a lifecycle of ten to fifteen years; the manufacturer may not have anticipated is investment.”

He claims to represent an industry that feels abandoned along the development of the modern signalling system. “These players must be compensated for the high costs they are bound to make, or the rail freight market will suffer a great blow”, Vroon says. The argument seems to resonate with some of the conclusions of the EU report, stating that the system entails costly investments with no immediate benefit for those who have to bear the cost. “Despite the strategic political decision to deploy a single signalling system in the EU, no overall cost estimate was performed to generate the necessary funding and its sources”, it reads.

The ERTMS system is designed to enable trains uninterrupted travel across different countries. Currently, the switch to varying security systems requires a switch of trains, a proces which increases overall transit time. Moreover, not all train drivers are familiar with every signalling system. Vroon agrees that in the long run, a single system should be deployed. Aternative solutions are not available at the moment. But, in implementing ERTMS in the Netherlands, Dutch policy makers should follow neighbouring countries rather than taking the lead, he explains.

“At the moment, we are witnessing a proliferation of ERTMS systems. In the Netherlands alone we have three different levels of ERTMS, with a fourth level introduced soon on the Kijfhoek-Roosendaal line. This section is at the heart of the corridor connecting Rotterdam and Antwerpen. The implementation carries a great operative risk.” Rather than implementing various levels of ERTMS, a railway should be adjusted as it is implemented across the border, he believes. “In Germany, the implementation is much more phased out while and track access charges will soon be halved. This improves the competitiveness of German rail and disadvantages the Dutch sector. We do not need to hurry, but we must look at the market and take our decisions accordingly.”