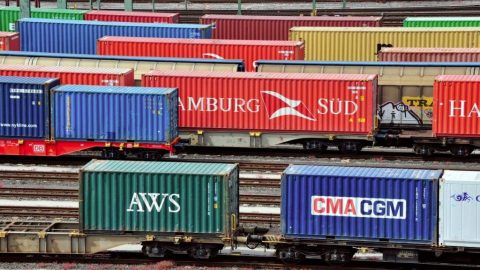 A potential for freight line bottlenecks as a result of insufficient track clearance was the focus of a high-level workshop staged by the International Union of Railways (UIC). Conducted by the European Agency for Railways (ERA) in conjunction with engineering firm Systra, it marked the end of an EU-funded study into measuring and upgrading the clearance gauge of railway lines.

UIC, which recently appointed Sandra Géhénot as its new Freight Director, said that on the European railway network, and in particular freight corridors, such bottlenecks could lead to a substantial build-up of traffic. Poor knowledge of the track clearance gauge conditions or inadequate management of information could lead to neglect of the infrastructure.

With rail freight traffic set to increase in the future across European railway networks, it was vital, said UIC, to have an effective management of railway clearance gauge in terms of measurement, line codification, information distribution and procedures for exceptional transport. The EU study aimed to give freight railway undertakings greater access to railway infrastructure by focusing on track gauge.

The results of a market and feasibility study were presented during the workshop, the objective being to identify the key gauge enlargement links that currently constitute bottlenecks and where enlargement of the clearance gauge would lead to significant development of rail freight traffic. The study showed how widening certain sections of track could be beneficial for railway infrastructure managers and railway operators as it would lead to increased traffic volumes and therefore a positive return on investment.

The second part of the workshop focused on the sharing of information on track gauge between railway infrastructure managers and operators. The project has led to the publication of a best practice guide and a set of recommendations to harmonise the methodology for line codification to facilitate better communication and provide clearer information among rail freight stakeholders.