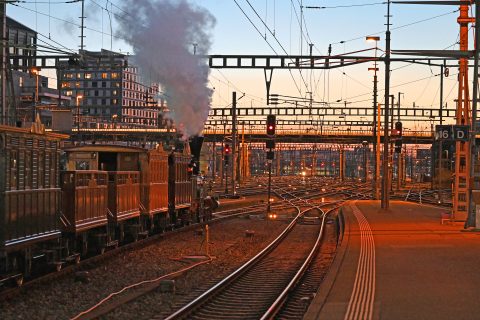 The Swiss Federal Railways (SBB) is presenting a plan called Suisse Cargo Logistics for the future of its rail freight sector. The plan will include the building of five new terminals between Geneva, in the west of the country, to St. Gallen, in the east. “The terminals are going to be located in: Geneva, Lausanne region, Gäu (canton of Solothurn), Dietikon (canton of Zurich), and Gossau (canton of St. Gallen),” said a SBB spokesperson

In addition to the five terminals, SBB says it wants to build five to eight city hubs. These hubs are planned to be located at central locations in large cities and to be provided with rail connections. They will mainly deal with logistics concerning construction and disposal. SBB claims that it will also invest in “a renewed fleet, made more efficient by investments and automations, such as automated brake testing and digital automatic coupling,” as the spokesperson said.

With Suisse Cargo Logistics, SBB says that the expansion of wagonload transport will ensure that there is no modal shift back to the road. When it comes to block train transport, the company says that the strategic locations of the hubs will remove traffic from the edge of cities. This is because supply goods and waste will be transported from one city hub to the other via rail.