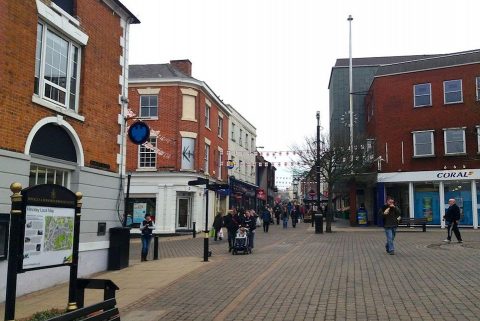 The local MP has joined in the debate about a proposed new freight hub near Birmingham, which has raised local opposition over the development of a green field site.

Designated by the developers as Hinckley National Rail Freight Interchange, and recognised by the UK government as a Nationally Significant Infrastructure Project (NSIP), the new freight hub plans have brought almost as much controversy as the HS2 debate in the UK. The proposed development has attracted national controversy, and a wave of local opposition. Now the newly-elected Member of Parliament has expressed his concerns.

Speaking to the regional daily newspaper, the Leicester Mercury, Dr Luke Evans, who stood for the ruling Conservative Party in the Hinkley & Bosworth constituency, has said he has “real concerns” about the project, and expressed an interest in hearing the views of everyone involved.“I am still to meet all interested parties, like the Save Burbage Common group, to get the full impact of the proposals”, he said in an interview with local media.

In context, there is an upgrade project underway on the key freight route which links Britain’s busiest container port – Felixstowe on the east coast – with major north-south routes. The route joins the busy West Coast Main Line at Nuneaton, a busy passenger interchange on the commuting edge of Birmingham.

It is nearby here that a major intermodal terminal is proposed, on a green field site, alongside the tracks at Hinkley, a one-thousand year old Anglo-Saxon settlement and modern-day market town. It is here that developers Tritax Symmetry propose to build a freight hub, which will straddle countryside between the Birmingham – Leicester main line, and the M69 motorway, a 15.7-mile (25.3 km) route that connects the M6 and M1 north-south routes.

Tritax say, in their proposal, that the facility will provide railway sidings and a freight transfer area alongside the line between Hinckley and Leicester. They say the facility would be well-placed in the national rail network to provide direct links to and from major cargo terminals at Southampton, Liverpool and the Humber estuary.

Most of the local opposition is on environmental grounds, since the construction will result in the loss of natural habitat. However, it is concerns over road development which have attracted the most headlines. Evans said he wants to know more about the proposals for the project. “If the cumulative impact outweighs the benefits, I will strongly object to the approval of the plans”, he said.

The development, according to Tritax, will extend to almost 14 hectares, of rail, road and infrastructure buildings. They also mention mitigation works, including landscape and planting works, ecological mitigation, drainage balancing ponds and footpath and cycleway links.

The MP’s comments come on the heels of a group of Conservative MPs in the north of England who have expressed their concerns over the cost and development of HS2, as reported recently on Railfreight.com. A final decision is yet to be made on the project, which because of its national significance is in the hands of the Planning Inspectorate, rather than the local authorities.