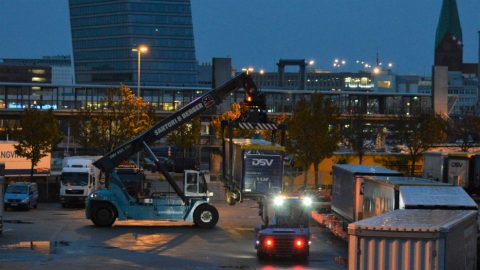 In cooperation with rail freight operator Kombiverkehr the Norwegian Color Line shipping company has established a weekly direct train connection for rail freight traffic between the Norwegenkai Terminal in Kiel (Germany) and Verona in Italy. In the German port, connecting ferry services deliver the shipment to Oslo in Norway.

The train departs from Verona every Thursday at 10pm and arrives in Kiel on Saturday morning. From the Norwegenkai Terminal, there is a direct connection to the ferries going to Norway so that consignments arrive in Oslo on Sunday. In the other direction, goods are taken on-board in Oslo on Friday afternoon and are transhipped in Kiel onto rail so that they arrive by train in Verona at 6am on Tuesday morning.

The intermodal connection between Norway and Italy replaces truck transport on a distance of 2,000 km and thus reduces the carbon footprint by 50 per cent, the port of Kiel stated. In addition to the environmental aspects, it explains, the intermodal cargo transport helps to counter the lack of truck drivers, it allows for higher load weights and it remains unaffected by the ban on Sunday driving.

Dirk Claus, Managing Director at the Port of Kiel: ”Shifting the seaport hinterland traffic to the more eco-friendly mode of rail transport is an important contribution to climate protection and it also takes pressure off our local and regional road network.”

The new combined transport train Kiel-Norwegenkai – Verona, which has been in operation since the beginning of October, has a wagon capacity for thirty trailers and containers. The train is mainly booked by the company of FREJA Transport & Logistics AS, however, it is also available to other customers.

The cruise ferries Color Magic and Color Fantasy have been complemented by the freight ferry Color Carrier on the route between Oslo and Kiel since the beginning of the year. Consequently, there are now ten Color Line departures per week and direction between Germany and Norway.

The Color Carrier accounts for three round trips a week and operates in addition to the daily liner services of the combined passenger and freight ferries. All sorts of rolling cargo such as trucks, trailers and containers on flats or also construction and agricultural machines are accepted. Furthermore, the vessel carries products of the automotive industry as well as temperature-controlled and classified goods as per IMDG-code.

The Norwegenkai Terminal has also been connected to the rail freight cargo network through the combined train shuttle since January. It offers a connection via Hamburg-Billwerder to national destinations such as Nuremberg, Cologne, Duisburg, Ludwigshafen or Munich.

There are three more freight trains a week going from Kiel to Verona. They depart from the Schwedenkai Terminal and provide a connection to the ferries heading to Gothenburg (Sweden). 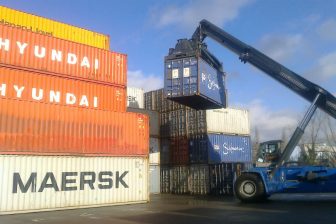 Rail takes off pressure on roads to German seaports

Russia sees more trains in seaports than year before