The German Land of Hesse, between Frankfurt and Wiesbaden, wants to attract more rail freight traffic to the region. It aims to increase the attractiveness of its terminals as a final destination of rail traffic. A two-day B2B meeting was held towards this end last week, organised by the ITL Foundation in collaboration with Aster.

The regional intermodal cluster was presented to important companies active in the transport sector and in the territorial promotion of the German Land, including Kombiverkeher, Holm- House of logistic and Mobility and Hessen Trade & Invest GmbH. The region lies in the heart of the German intermodal market.

Currently the cluster of terminals handles 90 per cent of regional rail traffic for a total of about 18 million tonnes per year. The ambition is to further increase the modal share of rail, reducing road transport, which has a high impact in terms of pollution and co-management on the regional territory.

The regional system with its excellent and efficient infrastructure for the intermodal transport of goods is ready to receive further significant quantities of goods, strengthening its role on the intermodal market in northern Italy, also as a response to the upcoming saturation of important nodes, was the core message during the presentation. 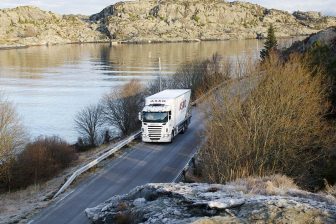 13,000 lorries off the roads of Northern Norway 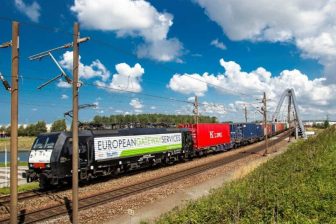