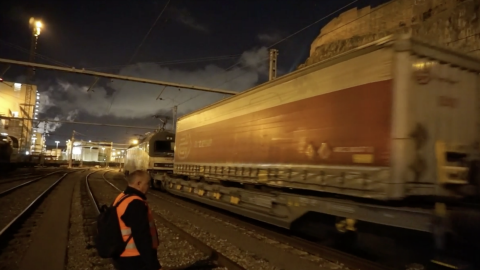 The Hupac shuttle train between Antwerp and Barcelona is now able to carry semitrailers. It is the first time that this type of loading unit is admitted on the Spanish network. The intermodal operator called it “a milestone for intermodal transport”.

The introduction of semitrailers on this line has been tested successfully in cooperation with Spanish railway company Renfe and the French SNCF. As of 20 February, it is a regular service, with departures in both directions five times a week.

The service is catered towards semitrailers with P386 codification. These can be carried on special pocket wagons. “An extra strong XL tarpaulin is required”, explained Hupac. The shuttle service comes with attractive A-C transit times. Containers and swap bodies can also be loaded onto the train, which has been running between the hubs since 2008.

The closing time for customers in Antwerp Combinant terminal is at 17.00. The shuttle crosses France, where a maximum profile of P386 can be achieved, and enters Spain on the UIC line without the need to change railcars for the Spanish network. Pick-up time in Barcelona Morot terminal is on day C. 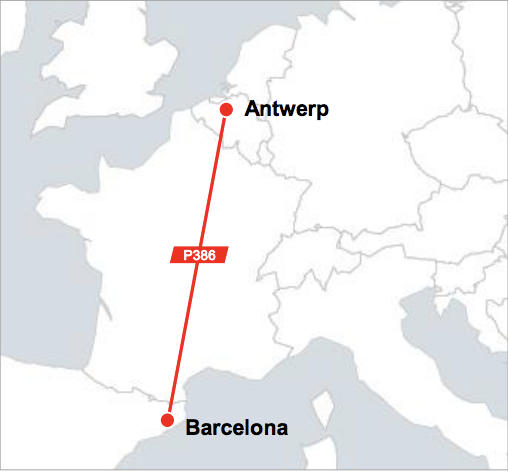