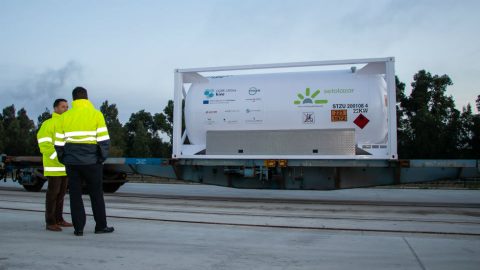 LNG transport by road, rail and sea in pilot journey

A container filled with liquefied natural gas (LNG) has travelled over road, rail and sea between the Spanish enclave of Melilla in Morocco and Huelva, in mainland Spain. The pilot journey was carried out as part of the CORE LNGas hive project, which aims for the sustainable transport of LNG in is to drive the supply of LNG as a fuel in the transport sector.

Usually, LNG is transported by ship or by pipeline when crossing land. But thanks to the isocontainer, a multimodal transport chain was possible involving truck, train and vessel. “This pilot test demonstrates the effectiveness of the isocontainer as a versatile and flexible solution for transporting natural gas. It facilitates the loading and unloading of LNG and can be easily handled from one means of transport to another, allowing the gas to travel long distances in a faster and safer manner”, the project describes. 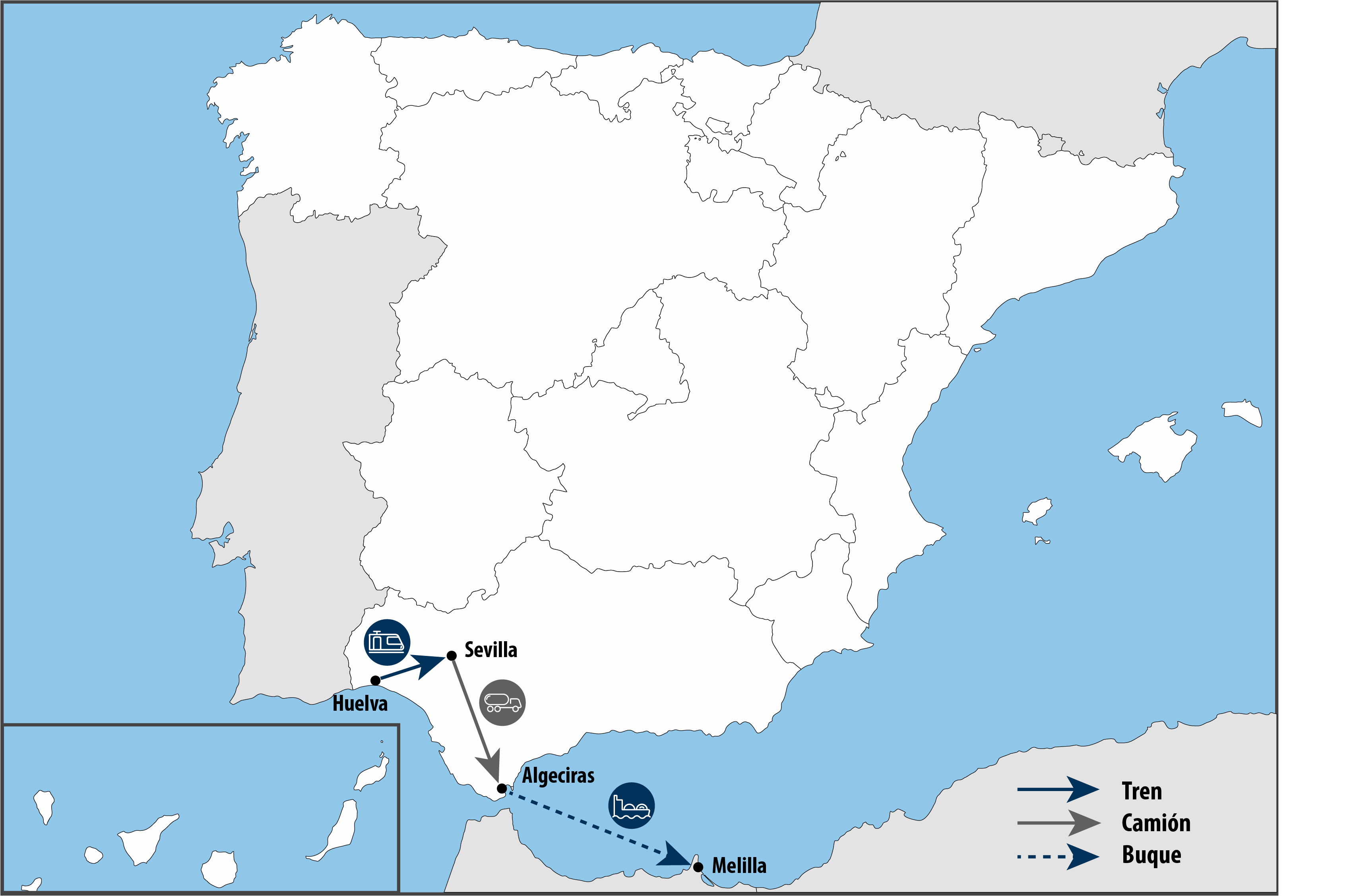 “This journey also highlights the efficiency of the railway as a new key logistics solution to respond
competitively to the growing demand for alternative fuels. This opens up the possibility that new locations and markets access LNG”, the project management commented.

The CORE LNGas hive project is co-funded by the European Commission. The main aim is to develop the necessary logistics to drive the supply of LNG as a fuel in the transport sector (particularly maritime transport) in the Iberian Peninsula. LNG is the most environmentally friendly fuel.

A total of 42 partners from Spain and Portugal were involved, including Renfe Mercancías, Cepsa, the Port Authorities of Bahía de Algeciras, Huelva, Melilla and Cartagena. The project was led by the Spanish Ports Authority and coordinated by Enagás. Crisergas carried out the transport operations of the isocontainer under the logistic supervision of Cepsa, and the company Setolazar, owner of the isocontainer.