Hupac has added the southeastern European cities of Stara Zagora (Bulgaria) and Oradea (Romania) to its European railway network. It links these destinations to important freight hubs in Europe, such as Duisburg, Rotterdam and Antwerp.

In addition to Duisburg, other European hubs are connected to the new destinations with weekly departures. As for Oradea, a service was launched to and from Rotterdam and another one to and from Antwerp. Stara Zagora is now also connected with these ports, as well as to Vienna with a service per week.

The intermodal operator has been expanding its east-west services. In September this year, it added a new line connecting Antwerp to Vienna, Budapest, Romania and Istanbul based on fixed schedules. It also increased its services to Germany and Italy. 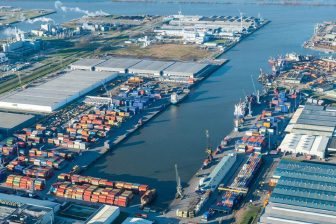 Port of Moerdijk wants to grow by planning smarter