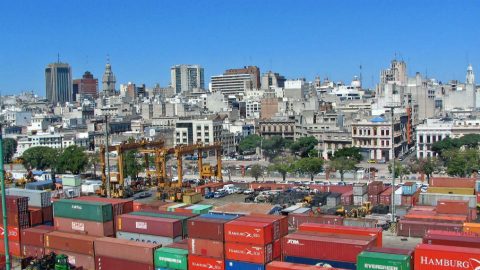 The Uruguayan government has opened the tender for civil works to develop the railway line called Ferrocarril Central, linkíng Paso de los Toros with the Port of Montevideo. The current candidates to assume the infrastructure construction are the Spanish company Acciona, the Chinese CMEC-SDH and the Uruguayan-Spanish-French consortium Via Central.

The railway line will be 273 kilometre in length, being used by trains with a 22.5-tonnes drive axle load and a speed of 80 kilometre per hour on average. This project is essential to reduce the logistics cost of exporting the goods manufactured in the factories close to Paso de los Toros.

Uruguay has been enjoying a period of economic growth for the last fifteen years, attracting large amounts of international investments to develop cellulose plants, sawmills, quarries and soybean plantations. Rail freight is benefitting from relative political stability and low levels of corruption in comparison with Brazil and Argentina. As a result, the Uruguayan ports currently the main logistics hub not only for the domestic market but also for Buenos Aires province, 280 kilometre far from Montevideo and southern Brazil.

The Uruguayan railway network was built by British investors in the 14th century. Several crises forced the government to close many rail freight services up till the 2000s. The industrial development and the increasing importance of Montevideo port have revived the national investments in rail freight services. This has generated tensions with Argentina as it heavily competes for international investments.