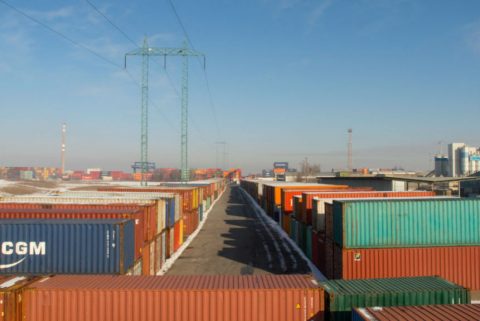 A next step towards an amended Combined Transport Directive was made with the adoption of the progress report by the Transport Ministers of EU Member States. However, the ambitioned deadline for a partial compromise in June is unlikely to be met, said the International Union of Combined Road-Rail Transport Companies.

The Combined Transport Directive (92/106/EEC) is an EU instrument that aims to reduce the negative side-effects of goods transport on the environment and on society by supporting the shift from long distance road transport to long distance rail, inland waterways and maritime transport through economic incentives. However, stemming from 1992 without any prior amendment, the legislative piece is outdated and unlikely to realise the objected modal shift. The deadline for proposing amendments was 16 May. The legislative piece is currently under discussion by the Intermodal Working Group of the European Council.

The distance of the road leg remains to be a point of discussion. The European Commission has proposed to extend its scope of support for combined transport by increasing the distance of the road leg permitted. The maximum distance will be increased to 150 kilometres with a twenty per cent flexibility. Discussions involve the mechanism detailing how this threshold may be exceeded. Further, some Member States have proposed a new rule permitting them to withdraw every state aid measure in case only the road leg of an international combined transport operation would be carried out on their territory, the UIRR explained.

The progress report was tabled by the Bulgarian Council Presidency during the first half of this year and will now be taken over by the Austrian Presidency. “The parallel consideration of the road legislation contained in the First Mobility Package by the Transport Council has impacted the work on the Combined Transport Directive, preventing the achievement of the partial compromise desired by June”, the UIRR pointed out.

“We appreciate the enthusiasm demonstrated by the Bulgarian Presidency to advance the Combined Transport Directive amendment within the Council Working Group. The European Combined Transport Sector expects the same energy and motivation to continue during the Austrian Presidency from 1 July on, especially in view of the positive example of Austria’s commitment to sustainable freight transport, intermodality and rail freight”, commented UIRR President RalfCharley Schultze.