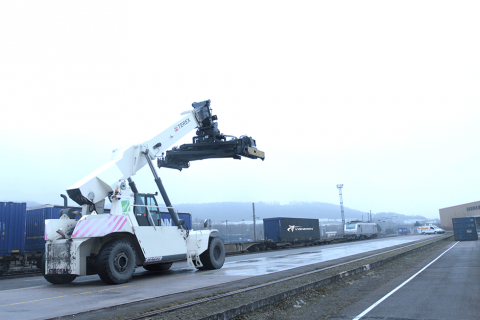 Connections to Lyon, Le Bolou (France) and the port city of Trieste (Italy), with onward sea services to Turkey, are also possible as a result of the thrice-weekly service between the Britannia Dock at the Port of Zeebruge and the Champigneulles terminal in Nancy. Organisers say they plan to increase capacity to five round trips per week by the end of the yesr.

Customers using the new service will also now have seamless access to the UK and Scandinavian markets, which have direct ferry services from Britannia Dock. The trains are open to semi-trailers, swap bodies and 20ft to 45ft containers. Transit time between the Zeebrugge and Nancy terminals is 24 hours.

This new rail link is designed to expand CFL Multimodal’s combined transport network linking Spain, France, Turkey, the UK and Scandinavia. The service also underlines the potential of the CFL-owned Bettembourg-Dudelange Intermodal Terminal in Luxembourg, which was fully opened for business only last month.