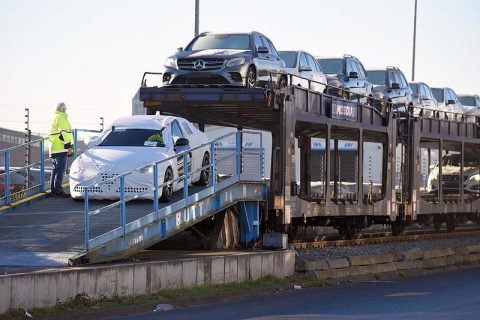 A sustained modal shift commitment is driving vehicle logistics firm The Mosolf Group’s resumption of regular rail services in Germany after a five-year break. It follows a sidings test phase in January which has paved the way for a new weekly service between its sites in Kippenheim and Düsseldorf.

It forms a key part of the automobile freight forwarder’s long-term route planning, which is centred on drastically switching the number of cars it carries from road to rail. The group handled 67,000 vehicles at its trimodal hub in Düsseldorf in 2016. Mosolf says it aims to achieve 70,000 this year, and transfer 17 per cent from road to rail.

Made possible by a reactivation of its sidings facility, the relaunched service will, says the group, optimise sustainable transport flows in the long term. It will enable more than 12,000 vehicles to be moved between Kippenheim, in the south west Black Forest region, and Düsseldorf, in the heart of the industrial Rhineland region, every year. The local road transport fleet will handle the last-mile requirements.

Mosolf has some 500 double-decker wagons, with a loading length of 31 metres, dedicated to the transportation of cars and utility vehicles. They are used throughout the group European’s transport network, which only reaches its limits in countries with a different track gauge, such as Spain.

Wolfgang Göbel, Chief Sales Officer at the Mosolf Group, said: “In addition to the environmental benefits of rail services compared to trucks – after all, a block train with 250 cars is roughly the equivalent of 35 truckloads, depending on the load factor – the concept also makes sense from a logistical point of view. The prompt, regional deliveries provided by the routes from Düsseldorf also enable more efficient and faster vehicle distribution.”

While the Dusseldorf trimodal hub will continue to focus mainly on waterways-based transport of cars and commercial vehicles to and from Rotterdam and Antwerp, it also offers vital additional technical services for about one third of vehicles handled, including fleet management, handover checks, wheel changes and installation of special equipment.

Peter Jacobs, Head of Railway Operations North at the port and railway operator RheinCargo, stressed the importance of the new service for the port of Düsseldorf: “We’re delighted that Mosolf is now once again focusing on railway services to a greater degree in Düsseldorf alongside its inland waterway operations, and that we’re able to support the company both with port logistics and railway services.

“This is also strengthening the port of Düsseldorf, which offers the best links to the pulsating Rhine/Ruhr business region as a trimodal logistics site at the heart of the state capital of North Rhine-Westphalia.” 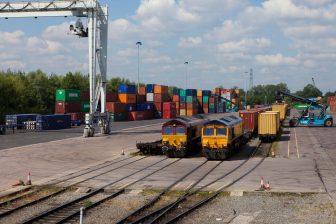 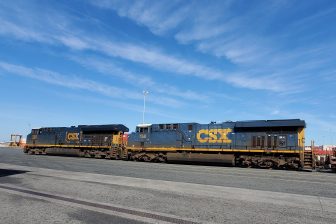