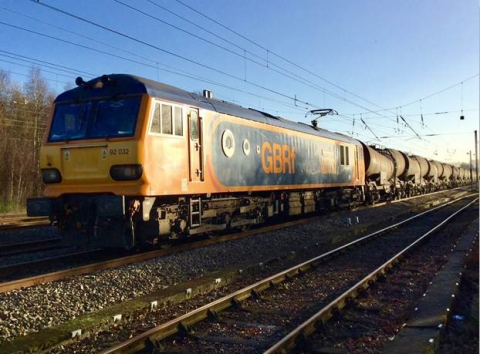 GB Railfreight and B Logistics join forces to move clay

B Logistics and GB Railfreight (GBRf) have begun a new era of shifting china clay slurry between Belgium and Scotland, following the signing of a new 12-month contract between the two established freight movers.

The Port of Antwerp is the starting place for the movement of kaolin, a soft white clay which is widely used in the filling and coating of paper, and the production of fine ceramics. Under the deal, it is being transported on the so-called ‘Silver Bullet’ train, a well established freight service on the European network.

GBRf, which moves 15 per cent of the UK’s rail freight, is using a mixed traction strategy across its section of the 1,000 kilometre journey, with its Class 92 electric fleet delivering the train through the Channel Tunnel, running the service as far north as Carlisle. There it will switch to its Class 66 diesel traction for the leg into Scotland.

John Smith, Managing Director at GB Railfreight, said: “This contract win is a recognition of the outstanding reliability and performance our customers have come to expect. Our first service in this flow arrived four minutes early into the rail terminal and we aim to deliver this level of service through the duration of the contract. We’re very pleased to be working with B Logistics to connect Belgium and Britain and deliver Kaolin to the paper mill in Scotland.”

B Logistics, Belgium’s largest private rail freight operator, also played its part in helping ensure the safe arrival this week of the first ever freight train from China to the UK. It was responsible for pulling the 34 wagons on the section between Aachen in Germany and Calais.

Geert Pauwels, CEO of B Logistics, said: “Rail is the future. Today, rail has established itself as a competitive alternative to other modes of freight transport. Moreover, rail is beneficial for the environmental and mobility issues. It is our ambition to increase the modal share of rail significantly in the coming years.”