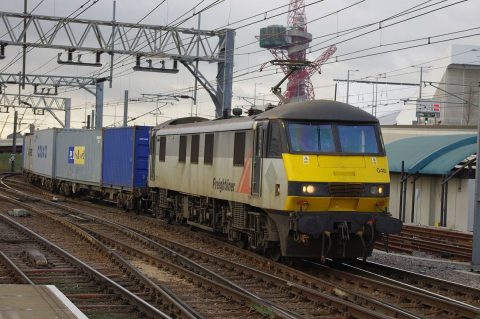 The UK’s use of rail freight lags far behind other nations and port upgrades are key to unlocking its potential, says a report from international law firm Addleshaw Goddard, which works with rail providers worldwide. How soon is now? examines how e-commerce is changing the supply chain and also focuses on the potential of rail freight.

Rail freight costs are competitive over longer distances where they begin or end at a rail terminal, it says, but are more expensive than pure road freight if goods have to be transported by road to the rail terminal at one, or both ends of the journey.

The rail network, it adds, has its own congestion and capacity issues, and infrastructure investment is sorely needed: “The growth of the central and Eastern European logistics market, after extensive EU investment in road, rail and sea connections, shows the potential such investment can unlock. Poland, for example, now has a direct 11-day rail freight connection with China, dubbed ‘the new Silk Road’.”

“The UK’s use of rail freight lags far behind other nations,” it says. “However, port capacity has been limited by rail capacity out of the ports – a phenomenon which spurred the development of larger sheds in the North during the ‘00s to take advantage of spare capacity at ports such as Grimsby, compared with Southampton. As such, rail capacity improvements for ports such as Felixstowe have been prioritised, and new port developments such as London Gateway have made the installation of extensive logistics parks and multiple railheads pivotal to their schemes.”

Lee Sheldon, Joint Head of the Real Estate Sector, says: “Transport has played an increasingly vital role in driving value from real estate, and not simply from the point of view of location. Rail is being increasingly integrated into major developments – although not without considerable expense, delay and complication. And despite the obvious environmental benefits over road haulage, some expect the prospect of greener and perhaps even self-driving lorries to overtake any overhaul of Britain’s rail network.”

The report also applauds Network Rail’s work to ease congestion through its ongoing investment of more than 25 billion pounds (29 billion Euros) by 2019 and added that HS2 and Crossrail would free lines enough on the West Coast and East Anglia Main Lines to allow more freight to be delivered through Felixstowe and London Gateway ports.

It says shippers are still ‘sceptical’, as rail currently constitutes only 12 per cent of freight by distance, but that the answer is a simple one of investment in ports and multimodal hubs: “One way of reducing the costs of rail is by delivering hubs that allow direct rail delivery. As a result, some developers are building multimodal logistics parks with dedicated rail termini, such the iPort in Doncaster’.”

The iPort will house a dedicated and fully-provisioned 35-acre strategic rail freight terminal, which will cater for 775-metre long trains, and provide six million square feet of logistics space. The concept is that the iPort will persuade companies who currently ship freight by road from ports, such as Felixstowe, to seriously consider the alternative of rail freight.