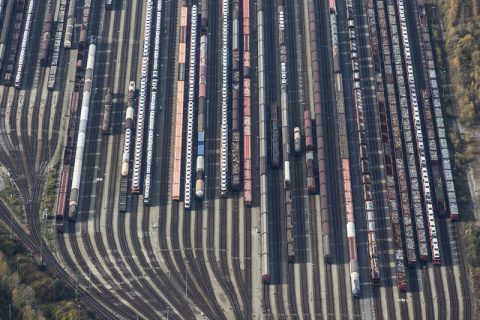 Germany must have longer freight trains for ‘modal shift’

Longer freight trains in Germany are necessary if modal shift and climate targets are to be reached. The influential Pro-Rail Alliance says ministers across the country all view the standard EU 740-metre freight trains as key to shifting freight from road to rail.

A state transport summit this month in Berlin saw ministers from several regions, including North-Rhine Westphalia, Hesse, Baden and Brandenburg, calling for the length of freight trains to be on a par with their European neighbours. Currently only 11 per cent of the country’s freight trains are the standard EU length, and solving this problem would involve lengthening some line loops and easing network bottlenecks often found close to major rail hubs.

Winfried Hermann, transport minister for Baden-Wurttemberg, said Switzerland was following the same goals and upgrading both its corridors and the Gotthard Tunnel. “The German government should use the legislation on federal rail infrastructure construction to ensure that the network can upgraded for more freight transport, as well as improved electrification and other modernisation measures,” he added.

He had support from Sebastian Putz of Saxony-Anhalt, who said: “In the eastern German states, there is still a considerable backlog of rail infrastructure requirements. For example, passing loops that are too short restrict rail freight transport, which forces many trains to be shorter than otherwise necessary. “The upcoming leglisation on federal rail infrastructure construction could put Germany on course this year to making the necessary upgrades to its infrastructure.”

DB Cargo, SBB Cargo International, the Havelland Railway and Port of Hamburg Railways are among key operators hoping for a double-digit increase in efficiency.

More than two thirds of freight trains operating on Deutsche Bahn’s network are shorter than 600 metres, and since 2006 operating companies and DB Netz AG, which operates around 87 per cent of the German network, have been working to upgrade the infrastructure to enable longer freight trains to operate.