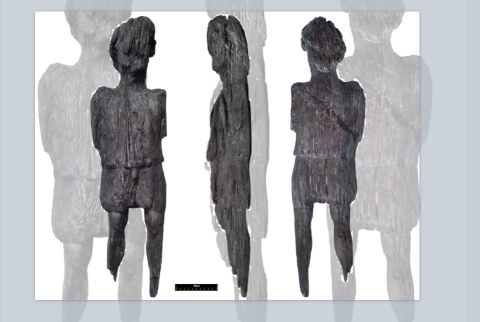 Just north of London, an early Roman and extremely rare wooden carved figure has been discovered during work on Britain’s HS2 high-speed rail project. The find, at a site in Twyford, Buckinghamshire, is so significant that it was also featured in a dedicated TV programme in the UK. The episode of “Digging for Britain” showcased the HS2 project going on around the archaeological site.

Important railhead for construction and operations

In July of last year, archaeologists from Infra Archaeology, working for HS2’s contractor Fusion JV, removed the well-preserved figure from a water-logged Roman ditch in a field in Twyford, Buckinghamshire. The site is almost halfway between central London and central Birmingham and near the HS2 logistics base at Calvert.

Calvert is an important railhead for the HS2 project. Aggregate trains run into the site to avoid road traffic on the surrounding rural network. The site also serves work on the 2.5 miles long (4km) cutting that will carry the line through the landscape, roughly following the route of the disused Great Central Railway – itself an important part of British industrial heritage which served manufacturing bases around Manchester, Sheffield and Nottingham with a route into London.

The find that has excited archaeologists most was uncovered at the adjacent Three Bridge Mill commercial development. The team came across a humanlike figure cut from a single piece of wood, 67cm tall and 18cm wide. Shards of pottery dating from 43-70 AD were also discovered in the same ditch.

While archaeologists cannot be sure what the carved figure was used for, there have been examples of wooden carved images offered as gifts to the gods. It is possible that it was more deliberately placed there rather than being casually discarded in the ditch. The find has been taken to specialist laboratories in York for further analysis.

The archaeology the railways built

HS2 has been questioned by pressure groups and media over the project’s impact, particularly in the historically and environmentally significant Chiltern area, where this discovery was made. However, the project has been at pains to emphasise the measures taken to minimise disruption during the construction phase and the mitigation measures taken to make operations as unobtrusive as possible.

“Our unprecedented archaeology programme on Phase One of the HS2 project between London and Birmingham has provided us with a great wealth of new information about our past”, said Helen Wass, Head of Heritage at HS2 Ltd, the company formed to build the line. “In Buckinghamshire, our careful work has enabled us to build a much greater understanding of how the landscape was used by our ancestors, especially during the Roman period, and is brought to life further through incredible artefacts like this figure. We are committed to sharing our findings with communities and the public to deepen our understanding of Britain’s history.”

Calvert will eventually become a new infrastructure maintenance depot. Some have said the site will be a modern equivalent of the ancient Roman outpost from which the figurine was discovered nearby. 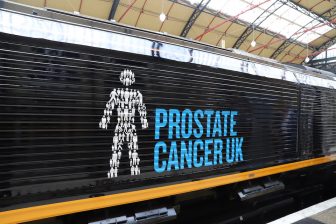