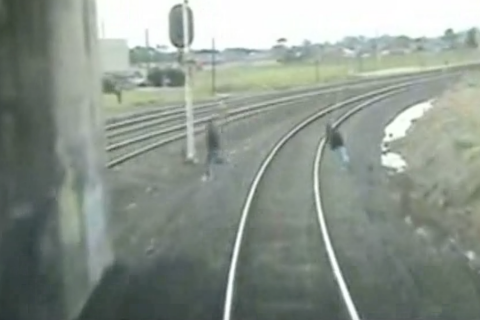 Network Rail, the UK infrastructure agency, and British Transport Police, have appealed for witnesses to criminal acts of reckless trespass and vandalism, among over one thousand recorded incidents in just the past month.

Network Rail highlighted two particularly serious incidents in Kent, in south east England, on Sunday, 10 May, and on the next day.

Children led onto tracks by adults

What Network Rail called the most shocking incident occurred at Whitehall Lane level crossing near Canterbury on Monday. There, two young girls and two men walked through a gate, past a red light, and ran across the line in front of an oncoming passenger train.

“The group actually left the railway a matter of seconds before the Southeastern Margate-St Pancras train passed them”, said Network Rail. Clearly the involvement of children, under the supervision and encouragement of adults warranted the stinging comments from the agency.

“I’m really shocked by the attitude of these adults”, said Network Rail Southern Region head of security, crime and resilience, Gerardo Chiariello. “I sometimes hear people talking as if trespass and misusing level crossings is something young people do, but these were people in positions of responsibility for young lives and they thought running across in front of a train was a good example to set.”

While the ongoing campaign, under the banner ‘You vs Train’ has been getting the message across, trespass remains a significant problem on the UK rail network.

Highlighting the stubborn issue of reckless behaviour, the previous day, Sunday, saw a premeditated criminal act, that broke a catalogue of laws.

On Sunday afternoon, cameras caught a gang of off-road and quad-bikers brazenly cutting the padlocks from a locked and bolted level crossing at Shornemead, near Gravesend in Kent. The gang, clearly premeditating criminal activity, then crossed the railway to access private property. The crossing is kept locked with only authorised users having keys. Video evidence shows the gang riding across the line at 13.21 on Sunday afternoon.

British Transport Police Inspector Jonathan Pine, was scathing in his contempt for the actions of this gang, and has officers locally scrutinising evidence. “We’ve passed the video of the incident to our officers to investigate and I’d urge anyone who recognises the bikes and bikers to get in touch. This was one of the most blatant examples of trespassing we’ve ever seen, not to mention a risk to all the bikers themselves as they crossed the railway and breached lockdown rules.”

Despite these incidents, Network Rail and British Transport Police have noted an overall drop in trespass incidents on the railway. They say they will be working with operators in the coming weeks to make sure trespassing and crime does not rise again. Clearly a reference to the expected relaxation of lockdown rules, and the possibility of more people misusing the railway.

Allan Spence, head of public and passenger safety for Network Rail, said Trespass is often seen as a young person problem, but that is not what the figures show recently. “Less than a fifth of the trespass incidents recorded in lockdown involved youngsters”, he said. “Adults are far more likely to be the ones putting themselves in harm’s way.”

It might be inferred that while the anti-trespass campaign message has reached young people, there is an adult element whose intentions are clearly criminal. “In addition to the many life-threatening dangers on the railway, trespass has a significant impact on the smooth running of rail services until the culprits can be found”, added Spence. “It interrupts vital freight transport and delays those workers who have to travel. As train service levels begin to increase, it is more important than ever for people to stay off the tracks and stay safe.”

Network Rail has worked in partnership with British Transport Police on the uncompromising ‘You vs Train’ campaign since 2018. Initially targeting young people and their parents, the campaign aims to educate on the devastating and wide-reaching consequences of trespass.

For the industry, Jim Maxwell, head of drivers for the operator Southeastern, expressed concern for his colleagues, and pledged to help. “I fully support our colleagues at Network Rail and the British Transport Police in trying to identify and pursue the culprits.”

Anyone with information on the Shornemead incident should text British Transport Police on 61016. In an emergency, dial 999. 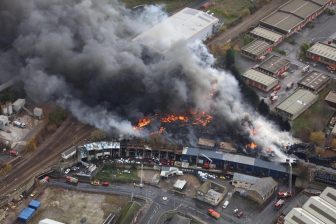 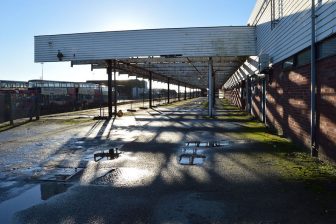