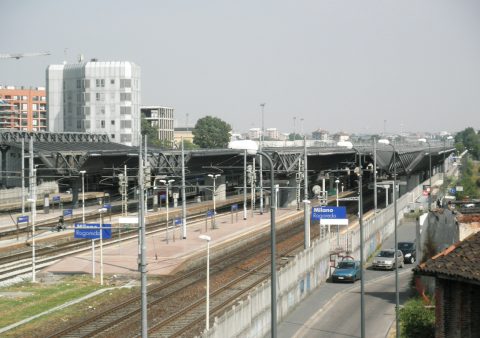 The Lombardy Region has greenlit the project for the quadruplication of the rail route between Milano Rogoredo and Pavia, in the North of Italy. However, advantages for rail freight will not be tangible before 2030. The route is part of the line connecting Milan to Genoa.

The project consists of two phases. First, over 260 million euros will be invested in the 11-km-long section from Milano Rogoredo to Pieve Emanuele, which should be completed by 2026.

The second phase of the project, from Pieve Emanuele to Pavia, will implement the construction of two new rail tracks, resulting in an extension of 17 km, which is expected to be ready by 2030. With this project, the total investment for the Milan-Pavia route will exceed 900 million euros.

No advantages until the end of the decade for rail freight

However, the rail freight industry might not benefit from this project right away. Currently, the transit on the line amounts to 53 daily trains. It is estimated that there will not be a significant increase in rail freight traffic before at least 2030, when daily trains are expected to be 100.

What should also enable this is the Giovi Third Pass, which is expected to be operative by 2024. The Giovi Third Pass is a project launched in 2013 to create a 53-kilometre-long high-speed connection between Genoa and Tortona, which will connect the Ligurian ports to Central Europe through the TEN-T Rhine-Alpine Corridor.

For promptest benefit of investments and for requested capacity – for utilisation of existing assets, etc.
now, sooner the better, the decisive upgrading of existing infrastructure should start.
(Bottlenecks of Industry, even worse, plaguing society, justifying extras on the single alternative, etc…such now have to be outed.)
Roots of costly disturbings, “predictive maintenance” (optimal, repairing…) now should be attended!
Within 10 years the main lines shall be upgraded – and paid for!